Book an hotel at: Orizaba,Mexico 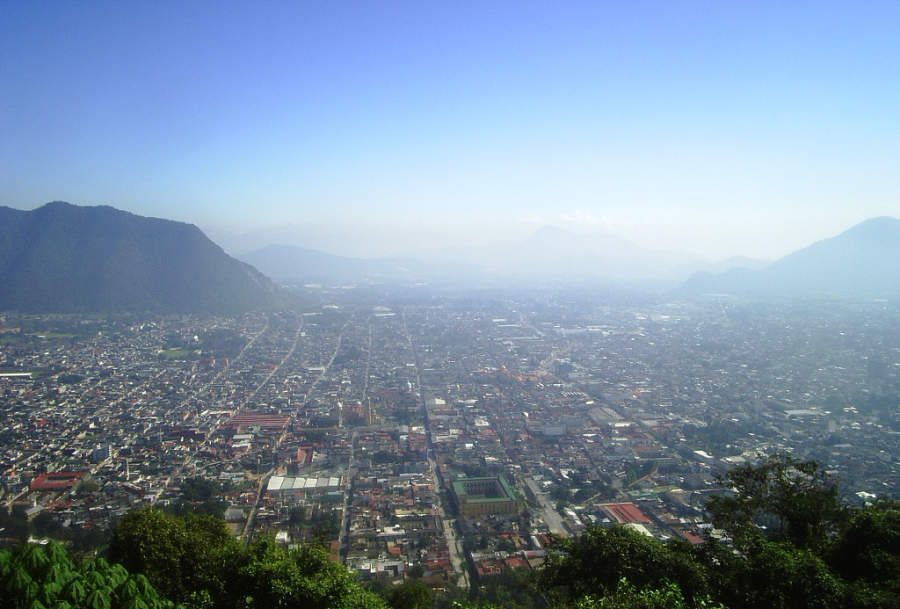 Framed by the tallest volcano in Mexico, Orizaba is a city full of historic buildings, with unique natural attractions

Stew made of dough, corn, and chili, which can be chito or chrimp.

Fried snack made of a dough of corn with beans, resulting in a thick tortilla that is served with beans, cheese, cream, and sauce.

Stew that is usually filled with Polish meat or cheese, enjoyed with chileatole.

Representative dessert of the city made from chayote.

Discover the varied gastronomy of Orizaba, which is the result of the cultural blending from various sites around the world

In Orizaba you can try plenty of dishes, such as chileatole, a stew of dough, corn, and chili, seasoned with lemon juice, mayonnaise, and grated cheese, and served with pambazos of Polish meat or Oaxaca cheese. The chileatole can be green, with chito, consisting of dried goat meat; or red, with dry and ground shrimp. There are also the traditional tortas de pierna and the tesmole of barbecue, beef, or chicken.

Mexican cravings based on fried corn dough are very common in Orizaba and are often enjoyed for breakfast or dinner. Appetizers include picadas, which are tortillas with the edge pinched, served with green, red or macha sauce, plus ground Jarocho cheese and chopped onion; and the memelas, consisting of corn dough mixed with beans, used to make a thick tortilla that is fried to put cheese, beans, and cream sauce on. You can also try empanadas, patties stuffed with minced chicken or cheese; garnachas, consisting of fried tortillas with sauce, shredded beef or chicken; and tostadas, also with beef or chicken. Tacos are another typical dish, being the most popular of squash blossom and ground pork craklings, as well as tacos of pork tripe with lettuce, onion, sauce, cheese, and cream.

A regional product is chayote and is consumed as a side dish or as a main dish. This vegetable can be prepared salty or sweet, so the chayote sweet is very representative of the city. In addition, the root of chayote, the chayotextle, is commonly used; it is a tuber that can be stuffed with cheese, battered with egg, and covered in tomato sauce.

The weather in Orizaba, Mexico

Pluviosilla, or "rainy", is the nickname of Orizaba, which has a humid temperate climate, with heavy rains in summer and mist and drizzle in winter. The annual average temperature is 19 °C (66 °F), with an average rainfall of 2,238 mm (88.1 in)

Rainy season (May to November): rainfall in Orizaba is intense in May, October, and November, and heavy from June to September. July has the heaviest rains, accumulating 423 mm (16.6 in) on average only this month. Days are usually mild, with the temperature drastically varying from day to night by about 17 degrees. The average temperature is 20 °C (68 °F), with highs ranging between 23 and 26 °C (73-79 °F) and lows staying around 8 °C (46 °F), with the exception of November, when the latter drop to 4 °C (39 °F). We recommend bringing warm clothing for the nights, including a jacket, plus T-shirts to wear during the day. Remember to bring an umbrella or a rain jacket and rain boots.

Dry season (December to April): during this season, hazy skies are common in Orizaba, including fog and drizzle; although clear days are also usual. The average temperature is around 18 °C (64 °F), while high temperatures reach 26 °C (79 °F) during the day in April. Nights record colder temperatures dropping down to 3 °C (37.4 ºF) in January. While rains are not heavy, there are drizzles during these months that accumulate an average of 50 mm (2 in) of rainfall per month. You should bring pants, long-sleeved shirts, a heavy jacket or overcoat, gloves, and a scarf.