Book an hotel at: Albany,Australia 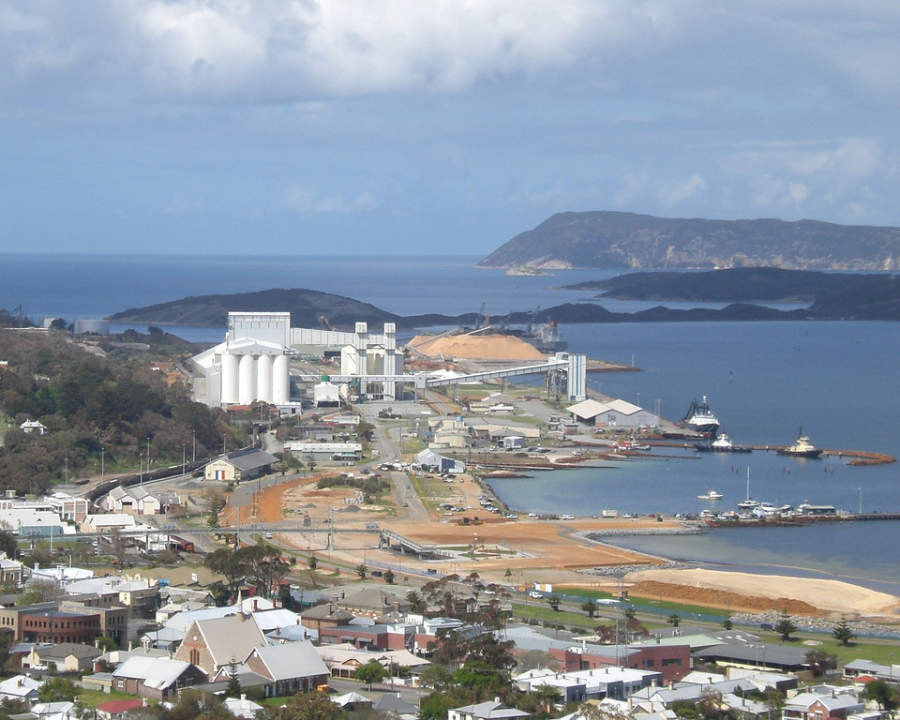 Damper Soda bread made with water, milk, and wheat flour.

Chiko Roll Fried tube made with eggs, flour, and dough filled with beef, celery, cabbage, barley, carrots, and other spices.

Gastronomy in Albany has dishes from all around the world, which are combined with the authentic cuisine of indigenous Australians.
Residents of Albany really enjoy eating "Damper," especially in family campings. This dish consists of a soda bread made with water, milk, and wheat flour, and is traditionally baked on ashes and hot coals from a fire until it sounds hollow when you tap it lightly. It is usually accompanied with a steak or golden syrup. Another local delicacy is "Chiko Roll," a tasty snack inspired by the Chinese spring roll. It was created to eat it easily without plates or cutlery, and consists of a fried tube made with egg, flour, and dough filled with beef, celery, cabbage, barley, carrots, and other spices. You can also try "Meat Pie," a small delicious tart filled with meat cubes, and sometimes onions, mushrooms, and cheese, which was considered in 2003 the national dish of Australia.

Before leaving Albany you have to try "Tim Tam," a chocolate biscuit made by the Australian company Arnott's®. It consists of a bar covered with two layers of malted chocolate separated by a creamy filling. With this cookie, Australians do a trick known as "Tim Tam Slam," which consist of drinking a beverage such as coffee or hot chocolate through a "Tim Tam," using it as a straw. The crunchy cookie inside the bar becomes smooth while the chocolate on the outside melts.

An ideal place to taste the local cuisine is Earl of Spencer Historic Inn, a restaurant that has been very popular in Albany since it opened its doors for the first time in 1884. The establishment has a bar with over 120 years old made with Jarrah wood (eucalyptus tree) and offers a children's play area. You can enjoy a menu specializing in local cuisine and a live band on weekends.
More detailsLess details

The weather in Albany, Australia

Albany has a Mediterranean climate with warm and dry summers and cool winters with abundant rainfall. Throughout the year, the relative humidity is high, so there are at least two foggy days per month and one or two thunderstorms. Sea breeze from the Great Australian Bight refreshes the atmosphere, reaching speeds of up to 20 km/h (12.4 m/h).

Albany is a city located on the south coast of Western Australia, surrounded by three mountains: Mount Clarence, Mount Melville, and Mount Adelaide. It is the oldest locality in the region, founded in 1826.

The city’s main museum is Albany Convict Gaol, with historical exhibitions that include photographs and relics. Other museums in the city are Residency Museum and Patrick Taylor Cottage Museum. The former post office also houses a museum, and the arts center displays local works of art in an old building from 1887. The ancient royal fortress is a tourist attraction that features exhibitions about the military history of Australia.

The city has several beaches, being Middleton Beach the closest to downtown. The Whale World Museum has over 20 exhibitions including the display of skeletons called "giants of the sea," 3D movies, and an old whaling ship. Whale sightings are popular excursions for visitors.

The city has about 500 nature reserves, which offer many activities such as fishing, hiking, and sporting activities.