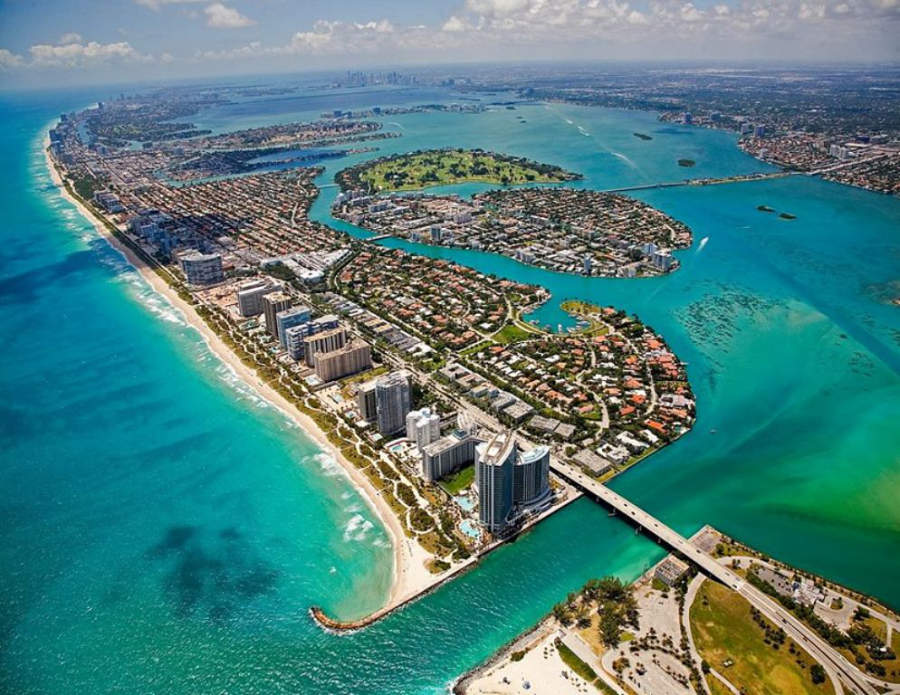 Bal Harbour is a small town with extensive white-sand beaches and a lively social atmosphere, excellent cuisine, and great cultural activity. The city is home to Bal Harbour Shops, the msot exclusive shopping center in the Unites States.

Bal Harbour is not just a beach, shopping, and fashion destination, it also has prestigious trendy restaurants that serve worldwide dishes. Hotels such as the Ritz-Carlton Bal Harbour, Miami and The St Regis Bal Harbour Resort house fabulous restaurants and bars open to the public.

Enjoy an oceanview breakfast at The Terrace Room restaurant while you savor its star dish: SeaView Benedict, consisting of poached eggs served over smoked salmon. Santa Fe News & Espresso restaurant, located on the second floor of Bal Harbour Shops, is the favorite of the fashion elite and serves Argentinian specialties such as patties, pastries, and alfajores.

To quench your thirst, Savarin offers classic cocktails, champagne, and caviar to accompany your drink. In Segafredo you can taste the classic cappuccino for a finishing touch.

Bal Harbour has a warm and sunny climate almost all year round. Summers are hot and humid, while winters are mild and dry

Bal Harbour has a tropical monsoon climate characterized by hot and humid summers with temperatures that can exceed 32 °C (90 °F), and rains ranging from moderate to intense. Winters are temperate and dry with an average temperature of 24 °C (75 °F).

We suggest packing cotton clothing, your swimsuit, a cap or hat, sunglasses, and sunscreen. If you travel in summer, include a rain jacket or a folding umbrella. In winter, remember to bring a light sweater to cover yourself at night.

Bal Harbour is a villa of the Miami-Dade County in Florida. It is located in the northern end of Miami Beach, the northernmost island of the chain that extends to Key West. The port of Miami is 24 kilometers (14 mi) away and Port Everglades is 29 kilometers (17 mi) away, in Fort Lauderdale.

Collins Avenue, the main street of Bal Harbour, crosses all the town with an area of more than 1 square kilometer (0.38 sq mi), and continues to the nearby city of Surfside. A channel that goes from the Biscayne Bay to the Atlantic Ocean extends to the north of Bal Harbour, where a bridge connects the city with the Haulover urban park.

Bal Harbour is considered the American Riviera due to its beaches, services, and kind atmosphere. This destination is linked to the world famous Bal Harbour Shops, which houses the highest concentration of designer boutiques in the United States such as Dolce & Gabbana, Cartier, Bulgari, Louis Vuitton, and Prada, among others. The bus of Bal Harbour offers free transportation on weekdays to the shopping center, to the hotels of Bal Harbour, and to the Lincoln Street in South Beach.

You can practice yoga, Pilates, and water sports as windsurfing, parasailing, snorkeling, and deep sea fishing on the beaches of Bal Harbour. There is also a promenade for walking and jogging. For golf enthusiasts, there are several wold-class golf courses in the nearby cities. Bal Harbour has been the residence place of many celebrities and a favorite destination for Frank Sinatra and members of the Rat Pack group of artists, as well as US former Presidents Kennedy, Johnson, and Nixon.

Bal Harbour hosts the Bal Harbour Art Nights at the Bal Harbour Shops, dedicated to celebrate art and fashion. Other events include film screenings on the beach in winter season; and global readings, book presentations, and literary gatherings at the Books & Books store.