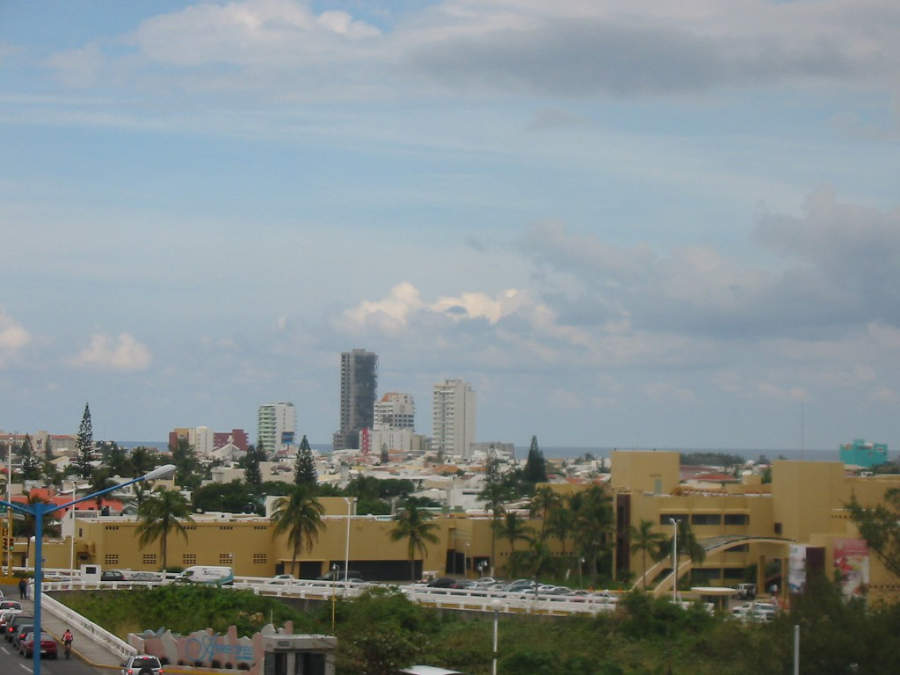 Boca del Río is a beach destination at the mouth of the Jamapa River, and is part of the Metropolitan Area of Veracruz

Delicious dish made of rice with fish, shrimps, octopus, and crab.

Thick soup of crabs prepared with chilies and spices.

White fish with a sauce prepared with typical Mediterranean ingredients such as olives.

Typical drink made with milk, fruit, and a touch of sugar cane alcohol.

The typical cuisine of Boca del Río is based on seafood

In Boca del Río, you will find a wide range of seafood dishes such as arroz a la tumbada, consisting of rice accompanied by shrimps, octopus, crab, and fish; pescados empapelados, fish wrapped in aluminium foil and cooked; crab chilpachole, a soup prepared with different chilies; and Veracruz-style fish. You can enjoy a shrimp or conch salad; seafood soup; octopus fried, cooked in its ink or marinera-style; fish roe croquettes; or a seafood casserole. Other typical dishes are shrimp pastries, anise tamales, and costeño tamales prepared with corn dough and pork meat and chicken. For dessert, you will find crispy buñuelos and milk and potato sweet. The typical drink in Boca del Río is torito, made with milk and fruit, with a touch of cane alcohol.

The city has a variety of restaurants, including gourmet options, but the place that local people prefer is the area where the river meets the sea, a place where you can delight your palate while you admire the scenery and listen to live marimba music.

Rainy season (June to October): during this season, Boca del Río has torrential rains. June has an average precipitation of 268 mm (10.5 in), while July has the heaviest rainfall accumulating 418 mm (16.5 in) on average, and August and September get over 300 mm (11.8 in) of precipitation. Days are warm, with temperatures ranging between 26 and 28 °C (79-82 °F). You should bring waterproof shoes, flip-flops, Bermuda shorts, T-shirts with or without sleeves, and a hat or cap.

Dry season (November to May): the climate of this season in Boca del Río is mild, except May, which has an average temperature of 27 °C (81 °F). Between November and April, temperatures range between 21 and 25 °C (70-77 °F). It rains occasionally, with an average precipitation of 34 mm (1.3 in). We recommend bringing a hat or cap, sunglasses, your swimsuit, and a sweater for the cooler days.

Boca del Río is an ancient fishing village that is now part of the Port of Veracruz. This city is located in the central part of the Mexican state of Veracruz, and its name comes from its location at the mouth of the Jamapa River, on the Gulf of Mexico.

The main attraction of Boca del Río is the sea, whose scenery seems to mesmerize visitors. The city of Boca del Río has several beaches, including Mocambo and its camping area, and Cancuncito, famous for its crystal shallow waters. Other attractions are Island of Love, which is connected to mainland by the boulevard and is not the ideal place for swimming because of its strong swell, but has a traditional seafood restaurant; and Island of Sacrifices, where it is believed that the prehistoric people hosted ceremonies. Antón Lizardo Beach, on the outskirts of the city, is characterized by its gentle surf and fine sands and ideal for a snorkeling tour, since it is close to the reefs.

Besides the sea, there are other natural attractions in Boca del Río. You can go across the Jamapa River by boat to admire its diversity of flora and fauna, and the houses that lead to the mangroves. You can also choose a ride in the mangroves within the protected area of Arroyo Moreno, which is the habitat of many native birds and a shelter for migratory birds, or visit the Lagoon of Mandinga and delight in its seafood after the journey. All these typical attractions of the coast have been the corner stone for the development of the city and are home to many hotels, bars, restaurants, and nightclubs.

Traditions are an important part of the city. You can hear a son jarocho while you drink a torito in the Zocalo of Boca del Río; delight in a sorbet made of tropical fruit while strolling at Plaza de Armas, and admire the white colonial-style building of the City Hall and the Parish of Santa Ana built in 1776. If you visit Boca del Río between July 24 and 31, you will see the Feast of Santa Ana celebrated with religious ceremonies, sporting events, and wreaths. The Guinness book’s largest fish fillet stuffed with seafood was prepared during this festival.

Within the city, you will find a couple of museums, La Casita Blanca displays Agustin Lara’s former objects and his music, and Cañonero Guanajuato is a unique interactive naval museum inside a ship anchored on the banks of Plaza Banderas. For business travelers, the city has a modern convention center: the World Trade Center Boca del Río-Veracruz.