Book an hotel at: Celebration,United States 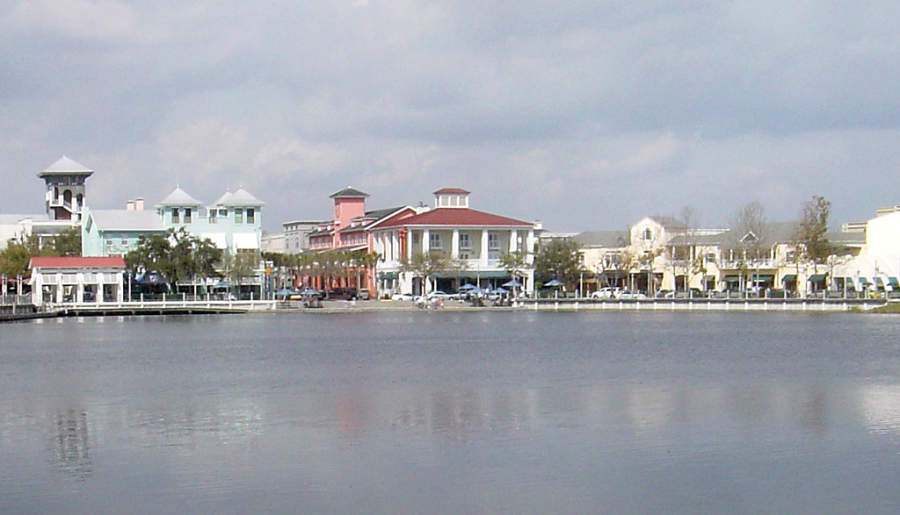 Planned by the Walt Disney® company as a city of the future, Celebration is an encouragement to the perfection of urban planning

Enjoy the variety of meals served in the restaurants of Celebration

Celebration has a variety of dining options, including world-class specialty restaurants. Within the downtown area you can find Café D'Antonio, that serves specialties from different regions of Italy; Columbia Restaurant, with Cuban and Spanish cuisine; and Euro Bistro and Imperium Food and Wine, which have a courtyard where you can enjoy your meals outdoors. Other options include Parket Street Café, Starbucks, Sweet Escape Bakery & Deli, with European trends, the Thai Thani international restaurant, Upper Crust Pizza, the ARI Sushi Japanese restaurant, and Kilwins, that offers chocolates and ice cream. One of the most popular sites is the Celebration Town Tavern, where you can enjoy seafood and meats, one block from the lake.

The weather in Celebration, United States

The climate of Celebration is hot in summer and warm in winter, with an average temperature of 22 ºC (72 °F). It rains from moderately to intensely throughout the year, accumulating approximately 1,219 mm (48 in) of precipitation

Days are warm in Celebration, with highs of 22-33 °C (72-91 °F), while nights are mild to cool, with average lows between 9 and 22 ºC (48-72 °F). The hottest month is August, when temperature averages 28 ºC (82 °F). Rains are moderate between November and February, with average rainfall not exceeding 70 mm (2.8 in); March brings a slight increase in rains, which disappears in April, the driest month, with 50 mm (2 in). Rainfall increases gradually in May, reaching its maximum precipitation in August, with an average of 186 mm (7.3 in); however, September and October bring less intense rains.

We recommend bringing light clothing, preferably in light colors that help to keep you cool, a swimsuit, a hat or a cap, sunglasses, comfortable shoes, and an umbrella or a rain jacket.

The community of Celebration was planned by the Walt Disney© company as an experimental prototype of a futurisitc city, where people should follow some rules such as painting their houses in a fixed palette of colors and moving on electric vehicles, Segways, bikes, or on foot. This town stands out for its diverse and friendly population in a wooded area, in the metropolitan area of Orlando, south of the Walt Disney World Resort, connected by World Drive, that leads to Magic Kingdom.

Entertainment options in Celebration include the AMC Celebration 2 movie theaters, the Misty Blue Acres Carriage that offers rides in carts pulled by a horse, and the Celebration Golf Club. The town is split in eight villas and it is one of the greenest cities in the world; it has several parks and paths for bicycles and pedestrians. Some of its parks include The Commons, with a gazebo, a pool, a children's playground, and a volleyball court; Lakeside Park, located next to Lake Rianhard, featuring a heated pool, conference facilities, and tennis, basketball, and bocce courts; Longmeadow Park, that houses large gardens; Spring Park and East Crescent Park, also with pools; and Artisan Park, with an amphitheater and a petanque court.

Take a walk through the historic center of Celebration, where you will find the city hall which has conference facilities, including one with a dance floor; the post office, multiple stores, specialty shops, and restaurants. Among the stores in the downtown area are the Confetti gift shop, Market Street Gallery, Once Upon A Time, with items for children, and Sanrio Surprises. Celebration houses the offices of the Disney Cruise Line.

Celebration holds annual events such as garage sales in spring and fall, the exhibition of home services and items joined by national and local suppliers, the Savor the Flavors dinner under the stars, and a special dog event with items for pets for sale and adoptions. Other festivities include the day of pools in April, with games, exhibitions, and food; the Great Egg Hunt, where the target is looking for plastic eggs in Lakeside Park filled with prizes; the commemorative ceremony of the Flag Day, the parade of the 4th of July, with floats and fireworks; the foundation of the city and Veterans Day, and the decoration of the Christmas tree.

Celebration allows easy access to the attractions in the surrounding area, such as Gatorland, Aquatica SeaWorld, Discovery Cove, where you can swim with dolphins; and of course, the Walt Disney World Resort.

***The official currency of the United States is the Unites States Dollar (USD).