Book an hotel at: Chandler,United States 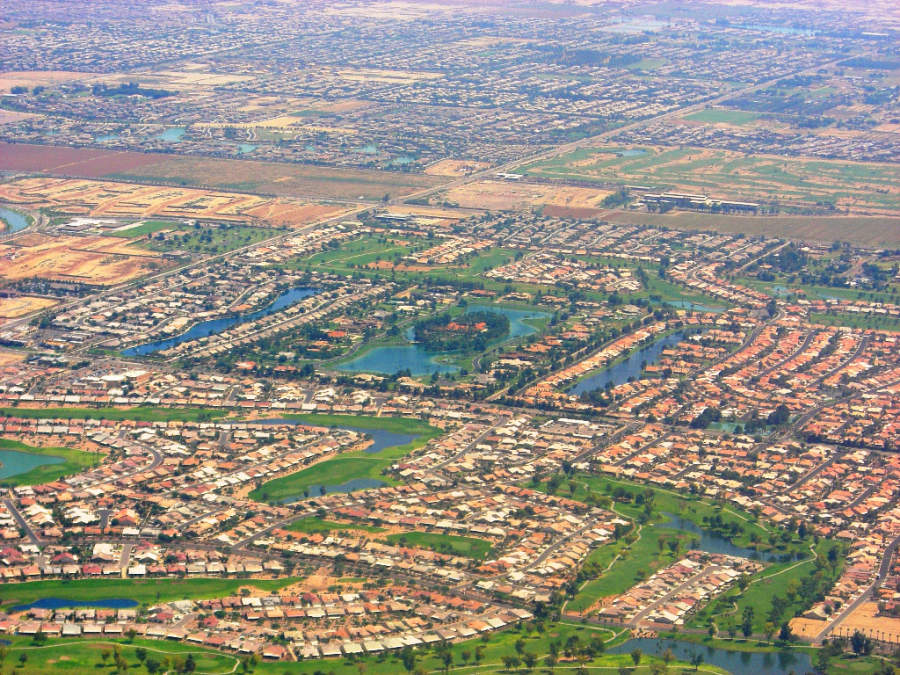 A kind of taco fried in oil that is filled with beef and cheese.

Fried tortillas that are usually filled with chicken. They are served with a spicy red or green sauce.

It is made with flour tortillas, filled with beans and grilled meat, although there are variations with various stuffings.

The cuisine of Chandler is strongly influenced by Northern Mexico

Chandler has numerous establishments that offer delicious dishes with Mexican influence. The use of flour tortillas, grilled meat, and chili peppers, is one of the characteristics of the cuisine of northern Mexico and these elements are also present in this destination. In Chandler you can enjoy tasty chimichangas, which are similar to a fried taco, filled with beef and cheese; the traditional burritos filled with beans and grilled meat; and delicious enchiladas, fried tortillas filled with chicken and covered in with a spicy sauce.

To enjoy these dishes, you can visit the Abuelo's restaurant, where the most recommended dish is enchiladas. If you prefer, you can also eat these delicacies at El Zocalo Mexican Grill.

The weather in Chandler, United States

Chandler is located in a desert area, thus temperatures are quite extreme. Summer temperatures reach a maximum that exceeds 40 °C (104 Fº), especially from June to August. It is important to use sunscreen and to take plenty of water to avoid dehydration. It is recommended to wear light cotton clothes and to stay indoors at noon.

On the other hand, winters are very cold with temperatures of 4 °C (39.2 ºF) between December and January. Regardless of the season, nights are usually cool and even a bit cold. The best way to deal with temperature changes is using several layers of clothes. Rains are scarce and occur sporadically early in the year, so it's not necessary to pack an umbrella.

Chandler is located southwest of Phoenix, Arizona. For a long time it was known for its ostrich farms, where the feathers for hats used to come from in the old days. Now the city has been modernized, becoming a major producer of electronic parts for computers.

Despite the changes experienced in the city, Chandler remains a peaceful and quiet place with several outdoor spaces for recreation and family entertainment. One of the most visited spots of the community is Tumbleweed Park, where you will find large green areas where various events are held. In addition, there is a recreational center equipped with two racquetball courts, a fitness center, an indoor track for walking or running, and multipurpose spaces with dance lessons.

The Arizona Railway Museum is a place you cannot miss. Housed in a former train station, this museum preserves locomotives that will surprise you. If you want to know more about the beginnings of Chandler, you can visit the museum dedicated to telling the story of the city, since its founding in 1912.

In addition to all these sites, Chandler has art galleries. The most prominent are Vision Gallery, a cultural center with exhibits by regional artists who are rotated every year, and the Zelma Basha Salmeri Gallery of Western American and Native American Art. Also, the Chandler Art Walk is an event that brings together more than 50 local artists to exhibit their work outdoors in the historic city center on the third Friday of each month.

Arizona is known by many as an ideal place to practice golf, and Chandler offers several golf courses. One of the most emblematic and outstanding is the one located in the San Marcos Golf Course. This course was the first in the city and due to the growth of the community, it ended up in the center of it.

Among the main events of Chandler is the Ostrich Festival, that takes place in March. This celebration is one of the oldest and most traditional, dating back to the time when agriculture and ostrich farming were the main activities of the community. During this event you can join activities such as ostrich races, concerts, magic shows, and other activities for the whole family.

Other destinations in Arizona