Book an hotel at: Chiclayo,Peru 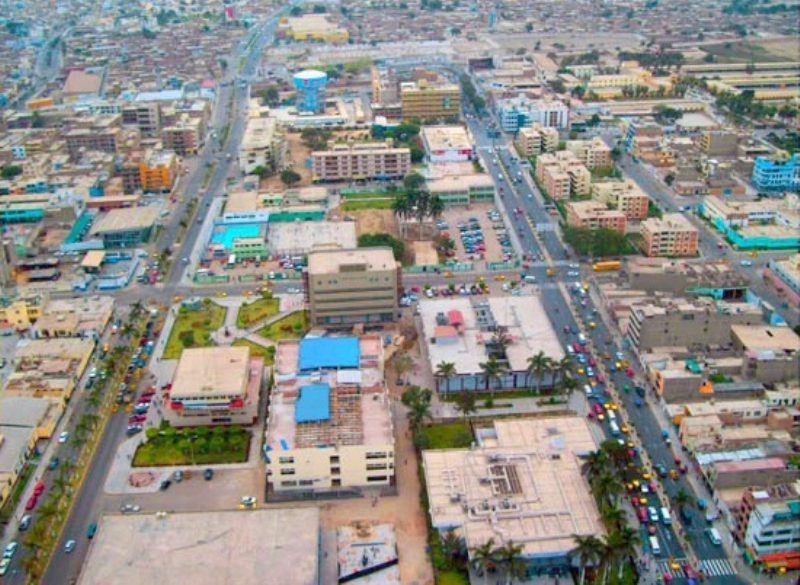 Chiclayo is a city with historical buildings, squares, and parks with sculptures, and a great mysticism due to its pre-Hispanic origins that offers its visitors a great cultural experience

Beef drizzled with a corn-based cream with culantro.

Fermented beverage made of corn.

Cake made of cookies, filled with Peruvian blancmange, pineapple sweet, and peanuts.

The cuisine of Chiclayo is the result of pre-Hispanic recipes and European, African, and Asian culinary methods

The gastronomy of Chiclayo is based on pre-Hispanic methods and local ingredients: sweet potatoes, potatoes, cassava, corn, beans, and rice, accompanied by pork, beef, and poultry. One of the most representative dishes is rice with duck, a piece of duck prepared with lard, salt, garlic, chopped onion, pepper, yellow pepper, and coriander, cooked until golden brown and served on a bed of rice. Espesado is another typical creation of Chiclayo, which consists of beef bathed in a cream made of tender corn or corn with coriander.

Travelers should taste kid goat prepared with yellow pepper, coriander, and chicha de jora, a drink made of fermented corn served with rice and chickpea. To finish, you can order the traditional King Kong de manjarblanco, a cake made of cookies, filled with blancmange or sweet cream, pineapple sweet, and peanuts.

The weather in Chiclayo, Peru

Chiclayo is a city with low rainfall, due to the winds known as cyclones, which generate a pleasant atmosphere and an average annual temperature of 22 °C (72 ºF). During the southern hemisphere summer, there are sunny and warm days, as thermometers reach temperatures up to 26 °C (79 °F). For this reason, we recommend packing comfortable clothes and shoes, sunscreen, sunglasses, and a cap or a hat.

During the southern hemisphere winter, temperatures vary between 15 °C and 16 °C (59-63 °F) and the apparent temperature can be colder due to the lack of moisture; so if you come to Chiclayo during this season, you should bring a thick jacket or sweater in case the temperature drops during the night.

Chiclayo is a city in the northwest area of Peru, located 214 kilometers (133 mi) from the city of Piura and 13 kilometers (8 mi) from the Pacific coast. This locality is considered the gateway to the world of the Lambayeque or Sican culture, an ethnic group developed between the 8th and 14th centuries, subsequent to the Mochica culture. It is currently known as the Capital of Friendship due to the hospitality of its people. The destination features historical buildings, restaurants serving typical gastronomy, and hotels for all tastes and budgets that offer travelers an unforgettable stay.

The city has many attractions in the downtown area, that include the main park and its fountain with the flag of Peru formed by three water jets, and the Neo-Classical Chiclayo Cathedral from 1869, designed by the engineer Gustave Eiffel with sculptures and stained-glass windows. The City Hall is north of the main square, and is a restored building dating back to the year 1919 which nowadays serves as a museum.

In Chiclayo, you will also find other ancient buildings such as the Chapel of The Verónica, which was finished at the end of the 19th century and declared a National Historical Monument in 1987. The Basilica of San Antonio is another architectural work that travelers can visit. Its modern and simple style safeguards an altar with a wooden sculpture of a crucified Christ. To complete the visit to the city of Chiclayo, Elías Aguirre Square is a must, built in 1924 in honor of a local hero by the Peruvian sculptor David Lozano.

People coming to this Peruvian city should visit Paseo de las Musas, an outdoor space with squares adorned with Roman-style columns featuring the nine muses of the Greek mythology, and a portal with the motto of the city.

Chiclayo is a city with great mysticism from its pre-Hispanic roots, and travelers can wander through Modelo Market, a place selling herbs, remedies, and medicinal preparations used by shamans, where visitors can take a session at the healing tables. Soccer fans can visit Elías Aguirre Stadium, home to the professional Juan Aurich soccer team from the Peru First Division. You only have to check the calendar to attend a match.

***The official currency of Peru is the Peruvian Sol (PEN).

Other destinations in Lambayeque