Book an hotel at: Colima,Mexico 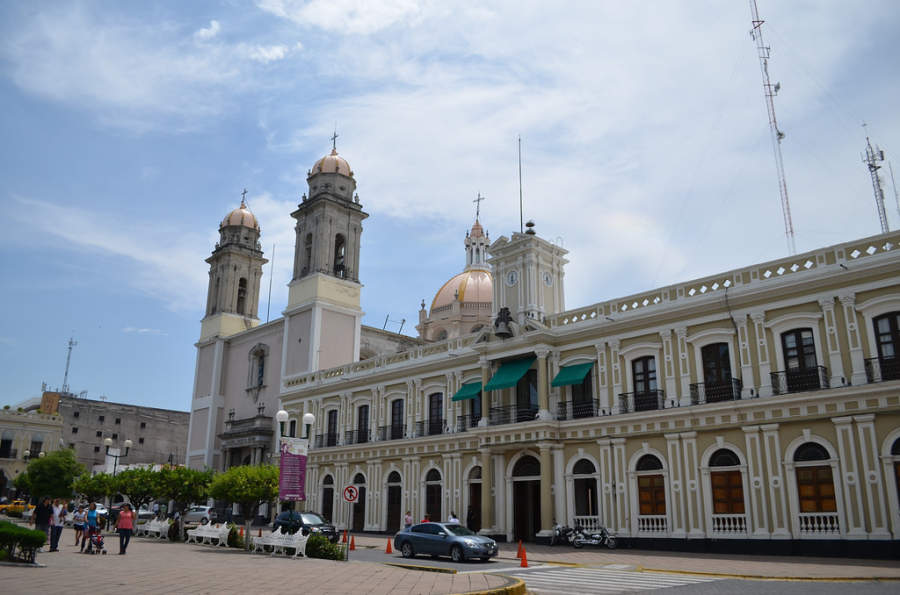 Beverage prepared with mezcal and fruits such as pomegranate, nuts, guava, or tamarind.

The cuisine of Colima has a wide variety of dishes where corn plays an important role; tamales, pork pozole, sopes and sopitos, tostadas, tacos, and other Mexican cravings are some of the most popular for locals and visitors. To enjoy these and other dishes from the gastronomy of Colima, we recommend El Charco de la Higuera restaurant.

Seafood is also present within the culinary offer of Colima; you can try from pescado a la talla with guajillo sauce up to a Colima-style ceviche, and exotic dishes such as chacales, which are a species of shrimp that can be prepared in broth or butter. You can taste a wide range of shellfish in the Mahalo restaurant.

Speaking about drinks in Colima, you can try tuba, which is prepared from the liquid of the freshly cut coconut palm; tejuino, prepared with corn dough, salt and lemon; and the famous ponche de Comala, an alcoholic drink made with local mezcal and various fruits such as granada, guava, and tamarind.

The weather in Colima, Mexico

The climate in the city of Colima is warm and humid, with a temperature oscillating between 24 and 28 °C (75 and 82 °F). Summers are very warm and rainy, while winters are mild and dry

Colima has a warm and sub-humid weather with an average temperature between 24 °C (75 °F) and 28 °C (82 °F). During the hot season (June to October) temperatures can reach 32 °C (90 °F) and is possible that there is moderate or intense rainfall. If you are traveling in this season, we recommend packing cool denim or cotton clothing, as well as an umbrella or a light rain jacket.

The cooler and dryer season is between the months of November to May, when the thermostat oscillates among 18 °C and 24 °C (64 °F and 75 °F) with no presence of rainfall, although there may be exceptions. If you are traveling in this season, we recommend including a pair of light sweaters to cover yourself at night.

The city of Colima is located in the Mexican state of the same name in a valley flanked by two volcanoes: Nevado de Colima and Volcán de Fuego, this latter, is one of the most active in Mexico. This city, whose name comes from the Náhuatl words Colli, that means mountain or volcano, and Maitl, hand or domain, was founded in 1523, making it the second oldest in Mexico.

The City of Palms, as Colima is known, has a tourist infrastructure that includes hotels of different categories, restaurants with regional specialties, bars, craft shops, and museums. Some of the most important include the Regional Museum of History of Colima that houses six archaeology halls displaying the local history from pre-Hispanic times, and Museo Universitario de Artes Populares María Teresa Pomar, which exhibits crafts, typical costumes, and other expressions from the state. Within the city, you can also see sculptures like Figura Obscena by José Luis Cuevas and Piedra Lisa whose legend says that anyone not living in Colima who slides down, will be destined to stay there.

Other attractions of Colima are concentrated in the colonial-style historic center, highlighting Jardín Libertad, as the main square is named, and Portales de Medellín and Portales de Morelos, where tourism and nightlife converge. The historic center of Colima houses two of the most impressive neoclassical-style buildings in the state: Colima Cathedral and the Government Palace, where you can admire murals by the artist Jorge Chávez Carrillo.

Due to its location near two volcanoes, the surroundings of Colima offer natural hot spring pools; the best examples are El Hervidero and Agua Caliente. Another activity here is paragliding, thanks to the rock formations, and La Cumbre Hill is one of the favorite places for this sport.

Colima is also near to the archaeological sites of El Chanal and La Campana, where you will discover buildings that were inhabited by pre-Hispanic cultures between the years 1100 and 1400 AD; although there are traces of people living here within one millennium BC.

Other destinations in Colima