Book an hotel at: Cordoba, Veracruz,Mexico 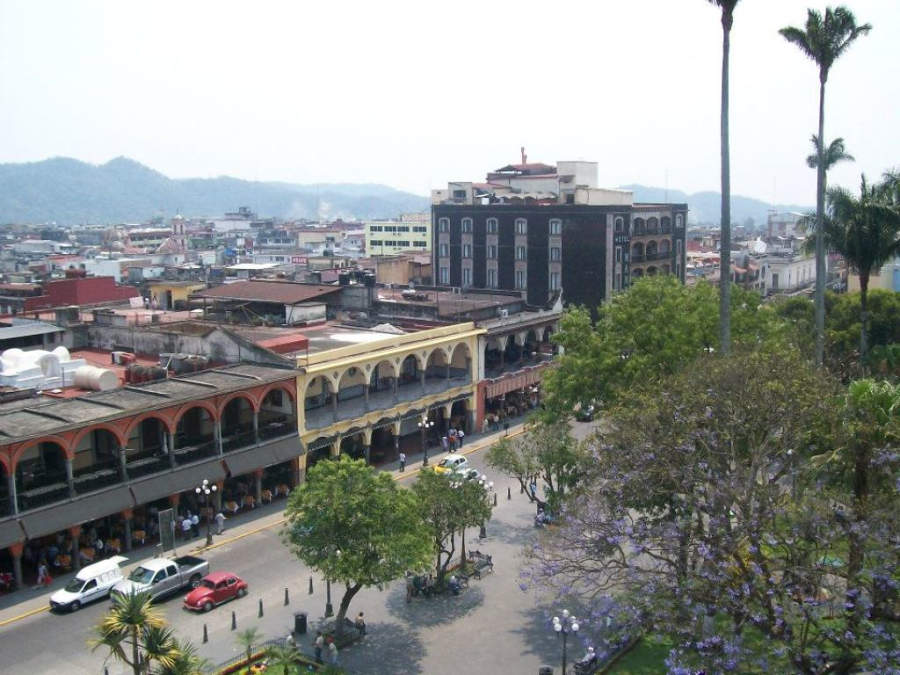 Famous for its high-quality coffee, the city of Cordoba has a valuable historical past

Broth thickened with dough, it may be accompanied by izote flower, chicken, or Turkey.

Salted and spicy corn atole consumed as soup, served with meat and vegetables to taste.

Dessert made with roasted seed or dried fruits and covered with brown sugar honey. The most common are the ones made with peanuts, sesame seed, nuts, or pumpkin seeds.

French cocktail prepared with aromatic herbs, such as peppermint and mint.

Rich and varied, the cuisine of Cordoba highlights by the use of raw materials proper of the high mountain

One of the typical dishes of Cordoba is tepejilotes, which is the fruit of a palm and it is customary to eat it scrambled with eggs or barbecue. Also very popular, oak mushrooms or huizache are savored roasted, in soups, or in quesadillas; the izote flower is also seasonally cooked as a brothy soup, known as tesmole. Chileatole also highlights, as it is a salty corn gruel consumed as soup; and tortas de gasparitos, which are quimite petals, pods of a very attractive red color whose pistils are removed, cooked in water, and scrambled with egg, chopped green jalapeño green pepper, and onion, then fried in hot oil and accompanied with rice and freshly made tortillas.

Among the favorite dishes there are some with a mestizo touch: leg ham soaked in wine, chipotle peppers, and tlatonile, which is dough used for seasoning meats and stews.

Regarding sweets, in Cordoba you can taste calabaza en tacha, consisting in pumpkin sweet with brown sugar; alegrías, sweet made of amaranth seed with honey: palanqueta, a bar made of pumpkin seeds and peanuts; and fudge.

The most famous beverage of Cordoba is the coffee, which due to its mountainous location, produces a delicious high-quality coffee. Remember to also try mint julep, a French cocktail locally famous for its flavor and freshness, prepared from aromatic herbs, such as mint and peppermint.

The weather in Cordoba, Veracruz, Mexico

The climate in Cordoba is subtropical, with annual temperatures oscillating between 18 and 22 °C (64-72 °F). July, August, and September are the rainiest months, while February, March, and April are the driest.

Cordoba enjoys a warm climate in spring, with average temperatures of 28 °C (82°F), and summer rains with some storms not affecting the city because of its natural drains. Fall is peaceful with some winds. If you travel to Cordoba from June to October, we suggest you packing comfortable and light clothing, preferably made of cotton, comfortable shoes and a folding umbrella or a rain jacket.

Between November and May, both the temperature and the humidity drop down a bit due to the northern winds. Still, it is very rare for the temperature to drop below 18 °C (64 °F). However, in winter the city offers a cool weather with an average temperature of 12 °C (54 °F). We suggest packing warmer clothes, a sweater, a jacket, and comfortable closed-toe shoes.

Cordoba is a Mexican city located next to the Sierra Madre Oriental mountain range, in the southern part of the mountainous region of the Mexican state of Veracruz. The locality is head of the municipality of Cordoba and is located 120 kilometers (74.6 mi) from the Port of Veracruz.

The city was founded by Don Diego Fernández de Cordoba in 1618 to protect subjects loyal to the Spanish Crown and the royal interests from the attacks and assaults of the Maroon people, carried out on the Mexico-Orizaba-Veracruz royal road. For over 350 years, the city was an important sugar production center that later became a coffee producer region and a vigorous industrial center.

Nowadays, it boasts a beautiful urban image framed by the lush vegetation that grows in its surroundings, with attractive options for both residents and tourists. The historic center of Cordoba has buildings dating back to the 17th century, including Cathedral of the Immaculate Conception, which owns the tallest towers of the state, while its main altar is a remarkable gem that exhibits a fine work of gold foil; the City Hall, with Florentine and neoclassical influence; and 21 de Mayo Garden or Plaza de Armas, surrounded by restaurants and coffee shops.

Portal de Zevallos, which was named after its first owner, is the building where Agustín de Iturbide, head of the Trigarante Army and Juan O'Donojú, last viceroy of the New Spain, met to sign the Treaty of Córdoba, a document that ended the war and recognized the independence of Mexico. This building highlights for its coffee shops and restaurants that make it one of the most visited places. Portal de la Gloria, also known as La Favorita after distinguished historic characters chose this site to stay, is a building that houses Luis Sáinz López Negrete Library, the House of Culture, and the City Museum, which includes four rooms displaying archaeological pieces from various cultures.

Other important attractions to visit in Cordoba include: the Church of Saint Sebastian, the oldest in the city, French influenced and with a bronze dome; the former Convent of Santa Rosa, a building dating back to the 17th century; and the Chapel of Saint Anthony of Padua, whose interior features magnificent flat vaults unique in Mexico.