Book an hotel at: Ezeiza,Argentina 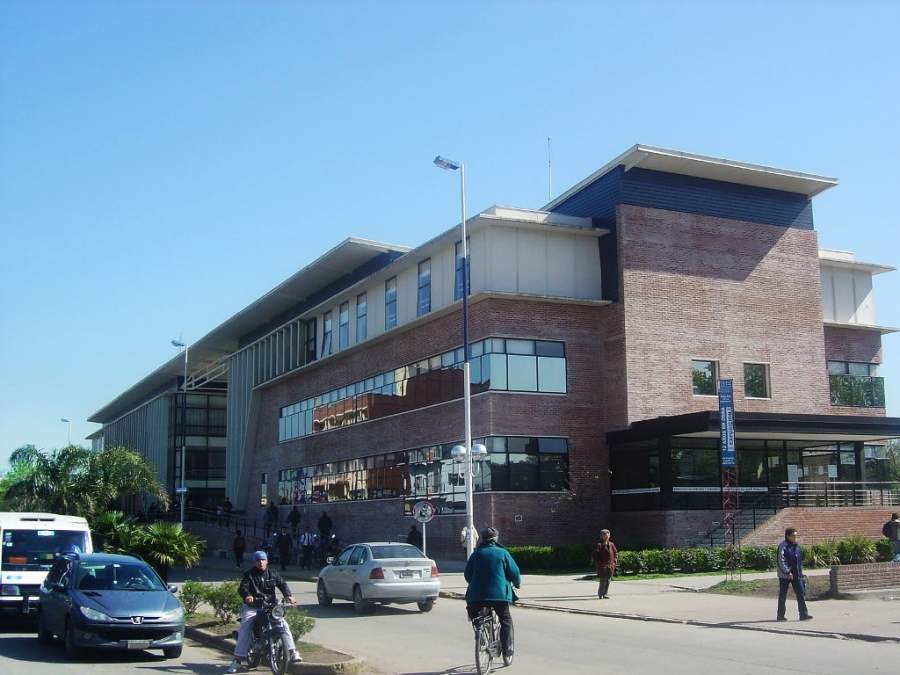 The city of Ezeiza, in the rural area of Buenos Aires, is a refuge with countryside-style hotels and forests, and the main gateway to the country, as it houses the most important airport of Argentina

Typical national dish made of dough of wheat flour usually filled with a salty stew that can be baked or fried.

In the gastronomy of Ezeiza you can see the customs of indigenous people and European immigrants, mainly Spanish and Italian

The gastronomy of Ezeiza is marked by the legacy of European immigrants that is combined with indigenous traditions. On the other hand, the consumption of pasta, fish, chicken, and mainly meat, which is roasted, baked or prepared as a milanesa, stands out. To accompany, mashed potatoes or French fries and salads are common.

Taste the typical Argentine roast, a tradition inherited from the gauchos that consists of grilling various types of meat and sausages, and that is originally eaten with bread without using a plate or cutlery. Enjoy the locro, a stew brought from the Andean villages that carries mondongo (viscera), chorizo, corn, meat, and beans. Also, cornmeal tamales are prepared, with meat and cheese, which are wrapped in the cob leaf; patties, which can be fried or baked, with fillings such as minced meat, corn, chicken, and ham with cheese; and pizzas, usually covered with tomato sauce.

Traditional desserts include dulce de leche; and alfajor, a kind of sandwich with two or more cookies with a sweet filling and covered with chocolate, icing or powdered sugar. There are also peanuts and pralines. The national beverage is mate, an infusion that is prepared in a pumpkin-type container that bears the same name. Mate is drunk at any time and is part of a social rite of friendship and trust; it can be sweetened and even flavored with citrus peels or other herbs such as chamomile, or mint.

In Ezeiza you will find multiple dining options, including restaurants that offer typical Argentinian stews such as Campo Cuore and La Magdalena. For grilled dishes, go to La Grimaldi, Paraíso Perdido, Quincho La Otilia or El Mangrullo, and if you are looking for Italian food, you can try Dopo Trattoría. Ezeiza Airport find fast food areas, coffee shops, and restaurants for all tastes; Plaza Canning shopping center houses the Pasta Rossa Italian restaurant, the Ceviche that offers Peruvian and Japanese cuisine, and the Hausbrot bakery; and Las Toscas mall has the Chungo coffee and ice cream shop, Café Martínez, Gourmet Empanadas Caseras, and Lomitos Beto’s.

The weather in Ezeiza, Argentina

We recommend bringing an umbrella or a rain jacket, rain boots, and a jacket even in the summer, because there are usually cool nights. During the hottest months, you will need to dress in layers, as the weather varies greatly from day to night; for winter, bring a thick jacket, a scarf, and gloves.

Ezeiza is located in the metropolitan area of ​​Buenos Aires, part of Greater Buenos Aires, 35 kilometers (21.8 mi) southwest of downtown the capital of Argentina. This city is part of an area where former Querandi indigenous tribes inhabited and dedicated to fishing and hunting, which nowadays houses the Spegazzini Industrial Estate.

It can be said that Ezeiza is the gateway of the country, as it hosts the most important airport in Argentina, Ministro Pistarini International Airport (EZE), which is one of the busiest in South America where flights to and from Europe, Oceania, Africa, and the Americas. This airport with modern design was once the largest in the world.

The city of Ezeiza has several hotels, some of them with rural style called estancias like Estancia La Morena and Estancia Villa María. The latter is a country-style hotel that belongs to one of the local complexes known as private neighborhoods, which in addition to residences surrounded by greenery have commercial areas, sports facilities, and even schools. Private neighborhoods include Valdevez del Sur, Quintas del Sol, and Lagos del Canning, which has a natural lagoon, a Spa, and a museum of old cars.

Ezeiza has green areas, such as the Ezeiza Forests that have served as a refuge for different animals, with tree species brought from Europe. This forested area features areas for picnics and some sports clubs including the Argentinian Football Association and the UPCN Recreational Center that has several sports fields, a pool, and barbecues. The city and its surroundings also have golf courses that include the Horse Head that belongs to the Air Force Circle, Scholem Aleijem Bialik, and Country Golf El Sosiego.

Other sites of interest in Ezeiza include the Provincial University of Ezeiza, the National Baseball Stadium, the Atomic Center, and the National Institute of Water Science and Technology. For shopping and enjoying leisure time, you can visit Canning Design, Las Toscas, and Canning Plaza shopping centers, the latter including Hotel Plaza Central Canning, the Central Theater, several offices and shopping venues, and a playground.

***The official currency of Argentina is the Argentinian peso (ARS).

Other destinations in Buenos Aires