Book an hotel at: Geraldton,Australia 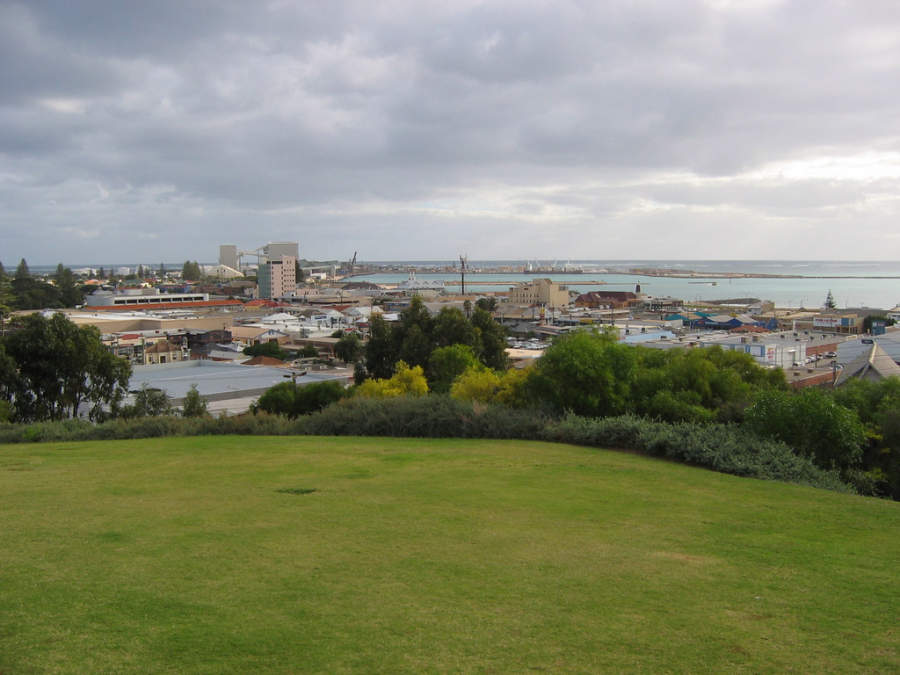 The cuisine of Geraldton includes seafood, fish and typical Australian dishes.
The quintessential seafood in the Geraldton cuisine is the lobster, known locally as 'crayfish' for its small size. The most traditional way to prepare a lobster in this city is seasoned with salt, lemon and tomato sauce, cooked with garlic butter, and accompanied by french fries. You can also enjoy "Fish and chips," a quick English meal consisting of different types of fish battered in a mixture of water, flour, a little vinegar, and beer, accompanied by fries. "Vegemite" is widely consumed, especially at breakfast, and consists of a dark brown paste made of yeast extract, eaten with toast, sandwiches, and cookies, and used as candy filling. It has a soft texture and a salty and slightly bitter flavor.

A restaurant that offers some of the best seafood in Geraldton is The Boatshed Restaurant, an establishment within a renovated historic building, with indoor and outdoor tables. Besides seafood, the restaurant serves vegetarian meals and dishes for the whole family.
More detailsLess details

The weather in Geraldton, Australia

Geraldton has an average annual temperature of 19 °C (66 °F) and a climate between Mediterranean and semiarid. Summers tend to be hot and dry, while winters are warm and rainy due to the cold fronts coming up from the Antarctic. Throughout the year there are precipitations that accumulate 449 mm (17.6 inch) in 89 days and winds from the Indian Ocean with speeds ranging between 14-28 km/hr (8.4 - 16.8 mi/hr).

Spring (October to December): during this station in Geraldton there is an average temperature of 20 °C (68 °F), with lows between 11-16 °C (51-60 °F) and highs between 24-29 °C (75-84 °F). Rains are light, being October the rainiest month with precipitation of 19 mm (0.7 inch) and December is the driest with only 5 mm (0.1 inch). In November, the heat index is low, but increases to medium in December. The intensity of UV rays is very high in October and extremely high in November and December, while the sea temperature ranges between 20-22 °C (68-71 °F). We suggest packing short sleeve T-shirts, shorts, pants or dresses, as well as a swimsuit, sunglasses, and sunscreen. Remember bringing a sweater to go out in the evening. Summer (January to March): during the summer in Geraldton, temperatures range between 18-32 °C (64-89°F) with an average of 21 °C (69 °F). Precipitation is also light in this station. The heat index is high in January and February, decreasing to medium in March. The sea is warmer, reaching 24 °C (75 °F) and days have up to 11 hours of sunshine with an extremely high UV index, so we recommend bringing your swimsuit, flip-flops, comfortable walking shoes, a hat or cap, sunglasses, and sunscreen. We suggest to include light clothing made of natural materials such as cotton to go out during the day and a light sweater for cool nights. Fall (April to June): Geraldton has temperate falls with an average temperature of 19 °C (66 °F). Temperatures during the day range between 21-28 °C (69-82 °F), and in the evening between 11-15 °C (51-59 °F), while the sea records up to 24 °C (75 °F). The rains become more abundant during the season. Rains are light in April with 24 mm (0.9 inch) of precipitation and they become abundant in June accumulating 100 mm (3.93 inch) in 14 days. These months tend to have from six to eight hours of sun per day, with a high UV index in April and moderate in May and June. We suggest packing short sleeve T-shirts, shorts, pants, dresses, a swimsuit, flop-flops, comfortable walking shoes, a hat or cap, sunglasses, and a sweater. Winter (July to September): winter days in Geraldton have temperatures between 19-22 °C (66-71 °F) and nights with 9 °C (48 °F). The average temperature is 15 °C (59 °F) and the sea temperature varies between 20-22 °C (68-71 °F). In this station there are more frequent and intense rainfall, accumulating 93 mm (3.6 inch) of precipitation in July that decrease to 32 mm (1.2 inch) in September. Days are shorter with six to eight hours of sunlight and UV rays are moderate. We suggest packing long-sleeved shirts, pants, a sweater or jacket, and a scarf.
More detailsLess details

Geraldton is a port city located north of Perth, in Australia. A visit to this city implies to practice some water sports as kite surfing and windsurfing, as well as visiting museums and historic sites. Some of the natural landscapes offered by Geraldton include St George Beach and Abrolhos Island, an area with a great maritime wealth with reefs and coral gardens.

The main monuments and historic sites in the city are St Francis Xavier catholic church, the Moore Point lighthouse, Geraldton Regional Art Gallery, HMAS II Memorial built to honor the men who died during World War II, and WA Museum Geraldton, which shows the maritime and cultural wealth of the city.