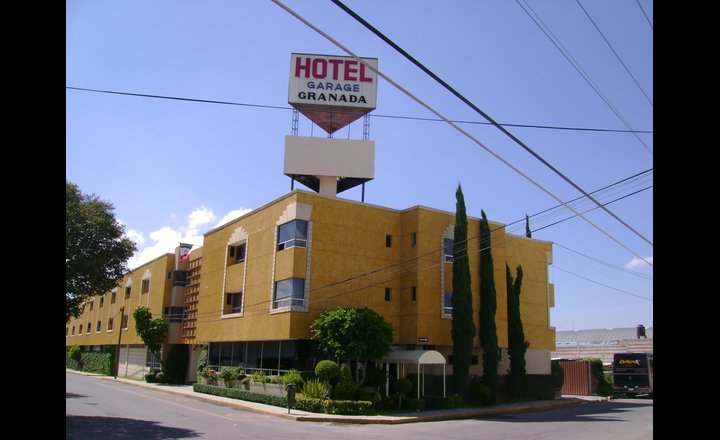 Hotel Granada is located in the city of Puebla de los Angeles near restaurants, banks, and self-service stores. Additionally, Plaza San Alberto and Centro Comercial Dorada Capu, as well as Puebla’s historic downtown, which was declared a World Heritage Site by UNESCO, and Teatro Principal, considered the oldest theater in Latin America, are only one block away. Puebla International Airport (PBC) is 30 kilometers (18.6 mi) away.

Hotel Granada has a Mexican restaurant, a bar serving national beverages, and coffee service in the lobby, as well as wireless internet access throughout the hotel’s facilities. Additionally, the property features two boardrooms that can accommodate up to 50 guests, private parking, and a taxi stand. Before your trip, please check directly with the national government the entry and stay requirements of the country you are visiting. Keep in mind that it is the responsibility of the traveler to meet the rules and regulations established by the destination country.

Benefits for booking at Hotel Granada

Select your room at Hotel Granada