Book an hotel at: Huatusco,Mexico 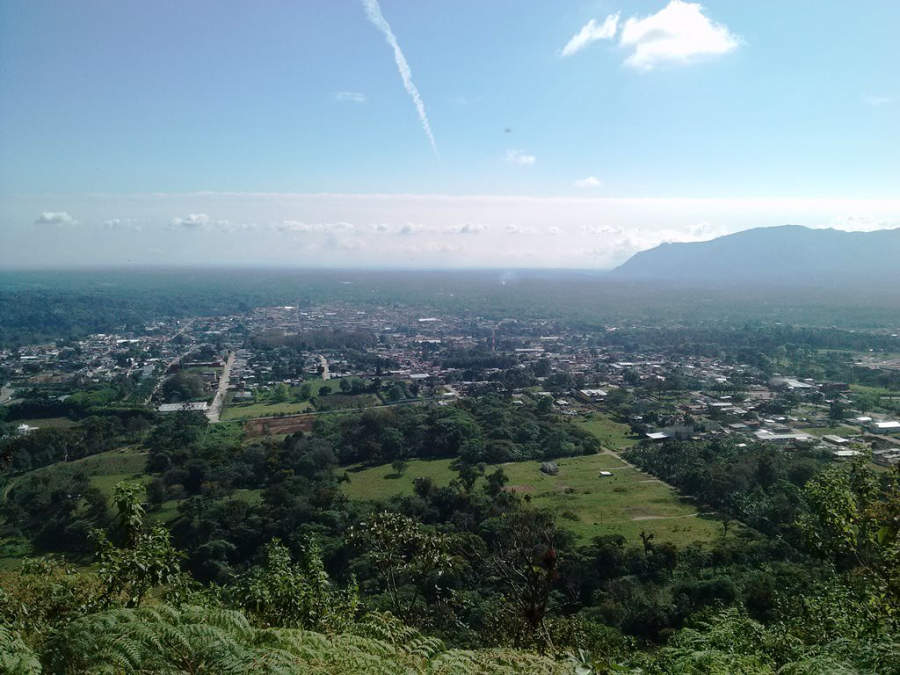 Huatusco will seduce you with its central park and historic buildings, exotic gastronomy, coffee, and surrounding natural attractions

Traditional dish for celebrations consisting of mole made with a sesame or pipian paste and regional chilli.

Corn dough tamale that acquires a special flavor being wrapped in cozamalo leaves.

Exotic dish of ants that can be roasted, prepared in sauce and even in snow cones.

The cuisine of Huatusco is one of the most representatives of Veracruz, with a variety of flowers, herbs, and exotic pre-Hispanic products

Huatusco has unique regional dishes such as tlatonile, a traditional wedding dish consisting of a sort of sauce based on a sesame or pipián paste, with local chili. This mole is usually served with chicken and accompanied by black beans and round tamales, flatted and wrapped in cozamalo leaves, that give a special flavor to the dough. Chicatanas are also typical of Huatusco, which are limbless ants browned on the griddle and ground with hot peppers and garlic to make a very nutritious sauce. Chicatanas are used for topping tostadas, tamales, pork meat, and even ice cream.

Another product that is consumed in the region is flor de izote, which can be prepared in tamales, chilatole, or with egg. Sopa de flor de calabaza, or squash blossom soup, is another regional delicacy that also includes Poblano chili, epazote, cheese, and fried tortilla. Try the tepejilotes, a wild plant, pickled or battered; the latter requires egg, flour, and tomato sauce with garlic, onion, and chicken broth.

Huatusco has one of the most important coffee-growing traditions in the country; try the delicious taste of the Huastusqueño coffee, which is made with coffee beans grown in this region.

The weather in Huatusco, Mexico

Huatusco has a humid semi-warm climate with abundant rains in summer. The annual average temperature is 23 °C (73 °F) and annual rainfall reaches about 2,003 mm (78.9 in)

Rainy season (April to November): rains are heavy in April and May, and torrential between June and September, accummulating over 300 mm (11.79 inch) of precipitation, then loosing intensity. The rainiest month is July, with average rainfall of 349 mm (14 inch). Days of the rainy season in Huatusco are warm and nights are temperate, being 24 ºC (75 ºF) the average temperature. The highest temperatures of the year are recorded in May, with an average maximum temperature of 36 °C (97 ºF), while the average minimum temperature for these months is 13 °C (55 ºF). You should dress in layers on which you can wear a sweater at night. Bring rain boots and an umbrella or a raincoat.

Dry season (December to March):  there are occasional rains in this season with a monthly average of 50 mm (1.9 inch) of precipitation. The weather during the day is hot, but nights turn cold. The average temperature ranges between 19 and 23 °C (66 and 73 ºF), with an average low temperature of 2 ° and 1 °C (35 and 33 ºF) in January and March, and maximum temperatures of 33 °C (91 ºF) in March. We recommend bringing shirts, a hat or a cap, a warm jacket or coat, woolen socks, gloves, and a scarf for the nights.

The colorful villa of Huatusco is located in the region of Altas Montañas in the coffee-growing strip of Veracruz, east of Pico de Orizaba, at the foot of the Chichiquila Canyon. The word Huatusco comes from the Náhuatl language and means place of wildcats. The symbol of the city is the Santa Cecilia Tower, built in the late 19th century, 35 meters (115 ft) tall, with a four-faced clock. Within two blocks of this tower you can find the French-style Ignacio Zaragoza Park, the typical garden with a bandstand in every Mexican town, the Parish of Saint Anthony of Padua, which is believed it took 42 years to build it, and the City Hall, that houses The Joy of Coffee mural, by Mario Orozco Rivera.

Other historic buildings that stand out in this town include the Solleiro Theater, where cultural events take place; Casa de los Leones, the Temple of Light, the Temple of Santa Cecilia, the Temple of the Trinity, and the Chapel of Tepeyac. There is also the Municipal Cemetery, with ancient mausoleums and an ultramodern central temple dedicated to the Lord of the Sanctuary; and the green area called Alameda Agustín Chichuéllar that has sports facilities, children’s playgrounds, and benches inviting to relax.

The surroundings of Huatusco have places to interact and enjoy nature, such as the Guadalupe and Acatepec hills, from where you can admire the city and even the lights of the port of Veracruz on clear days. You will also find Los Tres Chorros waterfall and the Tenexamaxa waterfalls, or cascadas del infiernillo, a nickname that came from its occasional sulfur smell. The Tenexamaxa waterfalls are about 40 meters (131 ft) tall and are the most representative natural attraction of Huatusco. Other nearby natural beauties include El Boquerón and Sótano, two cavities in the rocks where ecotourism activities are practiced. The waters of the Jamapa River disappear inside El Boquerón, and an indigenous ritual is performed at El Sótano. Visit the Santo Domingo Lagoon, El Cocal watering place, Las Cañadas, an agroecology and permaculture center that offers educational activities aimed at protecting the environment; or the Chavaxtla Canyon, where you will find cave paintings.

Huatusco has several popular celebrations, and the most important is the patronal feast in honor of Saint Anthony of Padua, which takes place on June 13, for which Ferial del Tlatonile y la Chicatana festivities are organized. During December, festivals and pilgrimages dedicated to Our Lady of Guadalupe are held; people gather at the shrine located on top of the hill with the same name, where there is also a monumental 30-meter (98 ft) statue of the virgin, the tallest in Mexico. In addition, the Widow of Coffee festivity takes place in April or May, and the Day of the Death celebrations are held on November 1st and 2nd, including altar competitions.