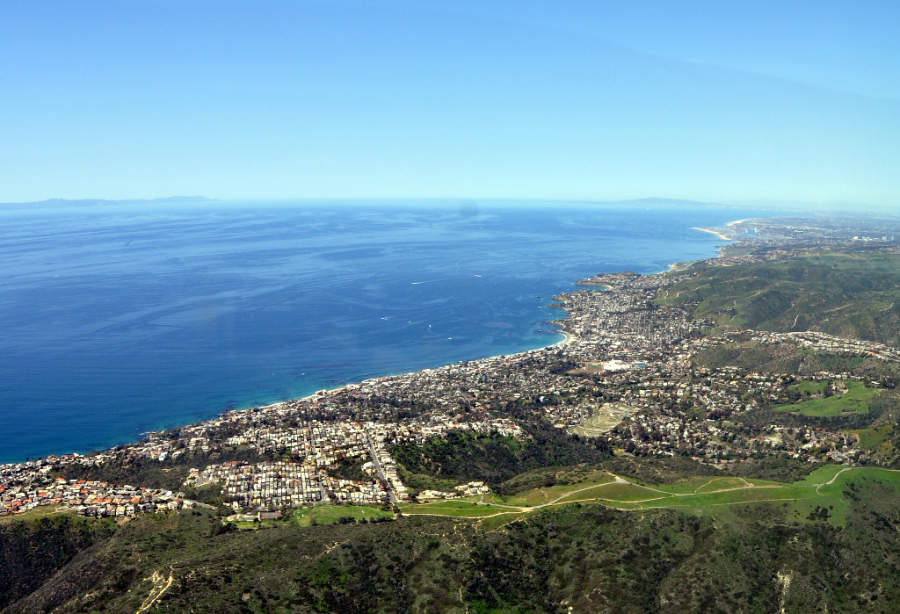 Laguna Beach is a city on the shores of the beaches of California. The city is a destination that offers cultural and gastronomic features, as well as beaches with moderate swell for surf lovers

Sandwich with several layers made with ham, cheese, lettuce, and tomatoes. It is usually served in triangles.

The traditional American hamburger. It consists of beef, yellow cheese, ketchup, and mayonnaise.

A sort of flour tortilla taco filled with beans, roast meat, or other stews.

Beverage from the winemaker region of California.

The cuisine of Laguna Beach includes a wide variety of Californian dishes in casual or gourmet versions. You can savor from an American hamburger to fine steaks

You can find restaurants serving casual or gourmet cuisine throughout Laguna Beach. Besides Mexican, Japanese, and Italian cuisine, most of them also offer Californian specialties, such as tacos, burritos, salads, club sandwich, or the classic American hamburger. Try the dishes served at La Sirena Grill, or if you prefer a slightly more formal atmosphere, we suggest Nick's Laguna Beach restaurant, whose menu offers steaks, plus seafood.

You can also accompany your meal with a wine from the region of California Valley or a sophisticated cocktail; we recommend trying the ones served at the Lobby Lounge at the Montage Laguna Beach hotel.

Laguna Beach is located in the sunny Orange County, on the south coast of California, thus much of the year it enjoys a sunny and warm climate. The summer (June to September) is warm, without being extreme; the maximum temperature is 29 °C (84 °F), with a medium level of humidity. This is the best season for visiting Laguna Beach, and also the time when most travelers visit the local beaches. Remember to pack your swimsuit, fresh cotton and denim clothing, sunscreen, and sunglasses.

During winter months (December to February), the temperature may drop down to 5 °C (41 °F), especially at night. For this season, you should only pack a light sweater to cover yourself. Regardless the season you visit this destination, pack a couple of casual attires to go out at night.

The rainy season takes place from January to March, and although it is not really intense, you should bring a small umbrella or a rain jacket to deal with those rains.

Laguna Beach is a small city near the beaches of California, on the west coast of the United States. It was founded in 1927 as another town in sunny Orange County, and since then it has become one of the most popular beach destinations in the state. Because of this, Laguna Beach has hotels all along the main street, which runs through the city, and leisure options for all tastes.

This Californian destination has entertainment ideal for surfers, since its beaches with moderate swell allow this and other water sports. Laguna Beach is also a landmark for those who enjoy the way of life of peaceful cities; in the downtown area you can walk or enjoying shops, boutiques, restaurants, or places such as the Laguna Art Museum. Main Beach is located in the downtown area.

For those who like biking and hiking, there are some cliffs in the northern area of Laguna Beach, such as Aliso and Wood Canyons Natural Park, where you can walk or bike while enjoying nature. It is noteworthy that from these cliffs you can see breathtaking views of the area. The southern area of Laguna Beach concentrates top establishments, such as award-winning restaurants, art galleries, elegant hotels, and famous beaches such as Woods Cove.

The city of Laguna Beach is a destination for those who enjoy culture and arts; the city has numerous art venues as the Festival of Arts, that exhibits permanent collections by local artists and carries out temporary exhibitions of painting and music. Laguna Beach is also known for festivals such as the Sawdust Art Festival, held between June and August.

One reason that attracts tourists from around the world is watching the blue whale, a large mammal that every year (June to October) travels through the waters of the Pacific Ocean. Another recurring activity in this destination is fishing for species such as yellowtail tuna and halibut.

Laguna Beach is a landmark for those visiting places such as Long Beach and Los Angeles, as it is less than 80 kilometers (49.7 mi) away.