Book an hotel at: Lima,Peru 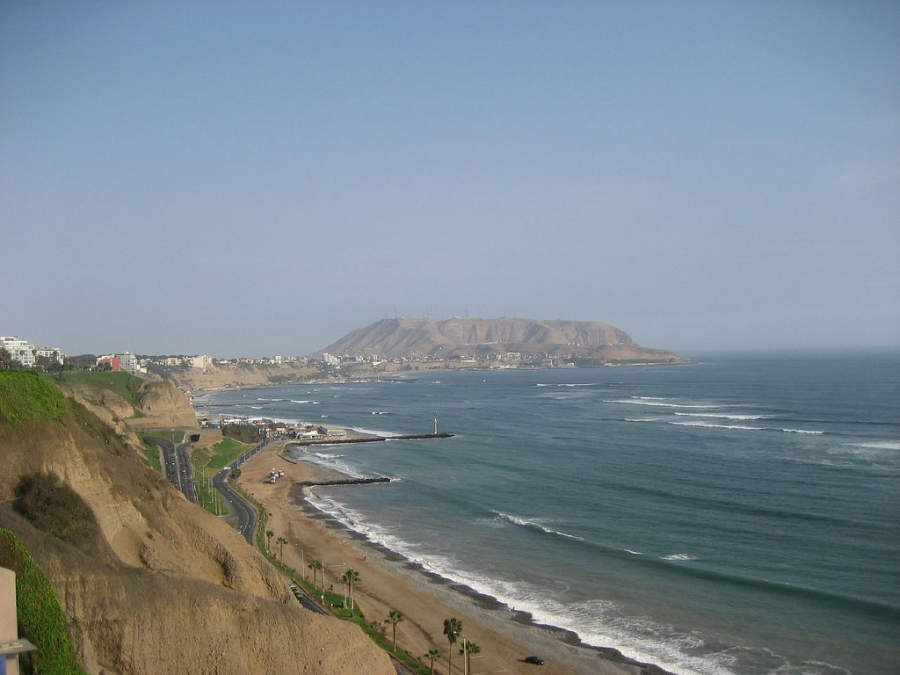 Causa limeña A dish consisting of a yellow potato stuffed with fish or meat.

Ceviche Fish cooked in lemon with sweet potato and corn.

Carapulca Indigenous soup made with chicken or pork, peanuts and spices.

Limean cuisine is a fusion of indigenous and Spanish culture as well as regional ingredients which create exquisite dishes with a great culinary tradition.
Lima has a strong European influence in its gastronomy. Seafood is an important ingredient and ceviche is very popular, especially when prepared with lemon juice, onion, and Cubanelle peppers. In restaurants it is usually accompanied with roasted potato or sweet potato, and corn or toasted corn. This pre-Columbian influenced dish was consumed by the old inhabitants of Peru’s north coast, which had to eat raw fish and marinated it with a citric called ‘tumbo’, later substituted for lemon during the Spanish colony. “Carapulca” is a very old dish with a fusion of flavors; it is prepared with dry potato cooked with chicken and pork, peanuts, Cubanelle peppers, garlic, and spices. “Anticuchos” is a very popular entrée that consists of brochettes with beef and peppers marinated in vinegar, and accompanied with roasted potatoes. Another popular dish is “causa limeña” or “causa a la limeña”, prepared with Peruvian potatoes, lemon, peppers, corn, boiled egg, cheese, and black olives; it is stuffed with tuna or chicken, although some restaurants use seafood or crab.

“Mazamorra morada” is a dessert from the ancient City of Kings, and it is usually prepared during the Señor de los Milagros (Miracle Man) celebration each October. This sweet is made with purple corn flour, sweet potato flour, and fruits like quince or pineapple. If you like very sweet desserts, don’t forget to try the “suspiro de limeña” or “suspiro limeño”, prepared with meringue, milk sweet, and vanilla.

While you visit Lima you should try “chichi morada”, a nonalcoholic beverage made with purple corn, or “pisco sour” a traditional beverage prepared with a grape-based liquor, lemon juice, simple syrup, egg white, ice, and angostura bitters, garnished with cinnamon.

To experience some of the tasty dishes of the Lima’s gastronomy, El Combinao restaurant is a very good choice.
More detailsLess details

The weather in Lima, Peru

Lima has a desert and humid subtropical climate influenced by the Humboldt Current that carries cold waters from the Antarctic, which produces clouded skies, and scant precipitation or almost none. The temperature varies between the beach and the mountains zones, with an average of 20 °C (68 °F) and a humidity level of 82%. There are two seasons: the cool season with temperatures that do not exceed 20 °C (68 °F), and the hot season, when humidity reaches higher levels.

Cool season (June to October): days start with fog and high humidity levels, which gradually decrease but the sky generally stays cloudy. The average temperature is 17 °C (62.6 °F) with 83% of humidity. August is the coolest month with maximum temperatures of 18 °C (64.4 °F) and minimums of 15 °C (59 °F). During this season, especially in September, Lima presents rainfall with an average precipitation of 5 mm (0.1 in). We suggest you pack pants, long-sleeved shirts, sweater or jacket, and comfortable shoes. Hot season (November to May): during this season in Lima the average temperature is 22 °C (71.6 °F) with maximums of 30 °C (86 °F) in December and minimums of 16 °C (60.8 °F) in May and November. Days are sunny with up to 98% of humidity during the morning and nights are cool. There are sporadic rains with an average of 1 mm (0.03 in) per month. We recommend you take light clothes made of natural materials to wear during the day, comfortable shoes, and a sweater or light jacket for cooler evenings.
More detailsLess details

Lima, the capital city of Peru, is one of the most populated cities in Latin America, located on the shores of the Rímac River. Also known as the Kings' City, Lima was founded in 1535 by Francisco Pizarro due its strategic and geographical conditions. The city was capital of the Viceroyalty of Peru, and the largest and most important of South America. However, before its foundation there were several Inca towns settled in the territory, which left a cultural heritage.

Lima is currently the political, cultural, financial, and trading hub of the country, with an economy based in major sectors such as commerce and tourism. This city has an architecture characterized by the mix of styles, result of the changes over the years. Lima has an extensive fusion of customs and cultures reflected in the colonial and Republican architecture of its colonial buildings, churches, museums, and squares.

The historic center declared World Heritage Site by UNESCO, houses colonial structures such as the Basilica, Catedral de Lima, Convento de San Francisco, Palacio de Gobierno, and Palacio de Torre Tagle, among many others. Each monument has a unique history; some were built the same day of the foundation of the city, and others are old convents and beautiful mansions, and undoubtedly all of them are considered cultural jewels of the city.

Lima also keeps evidences of a pre-Hispanic time. The sanctuary of Pachacamac is the most popular, where people worshiped the God of the same name; and an important ceremonial center of the central coast, Pucllana, Huallamarca, and Puruchuco. The city also has a large number of museums including Museo Nacional de Arqueología, Antropología e Historia de Perú; Museo Nacional de la Cultura Peruana, Museo Arqueológico Rafael Larco Herrera, and Museo de la Nación. The parks in Lima are also considered tourist attractions, and some of them are in the historic center, such as Parque de la Exposición, Campo de Marte, Parque Universitario, and Parque de la Reserva, consisting of a complex of fountains known as El Circuito Mágico del Agua.

***The official currency of Peru is the Peruvian Nuevo Sol (PEN).