Book an hotel at: Medellin,Colombia 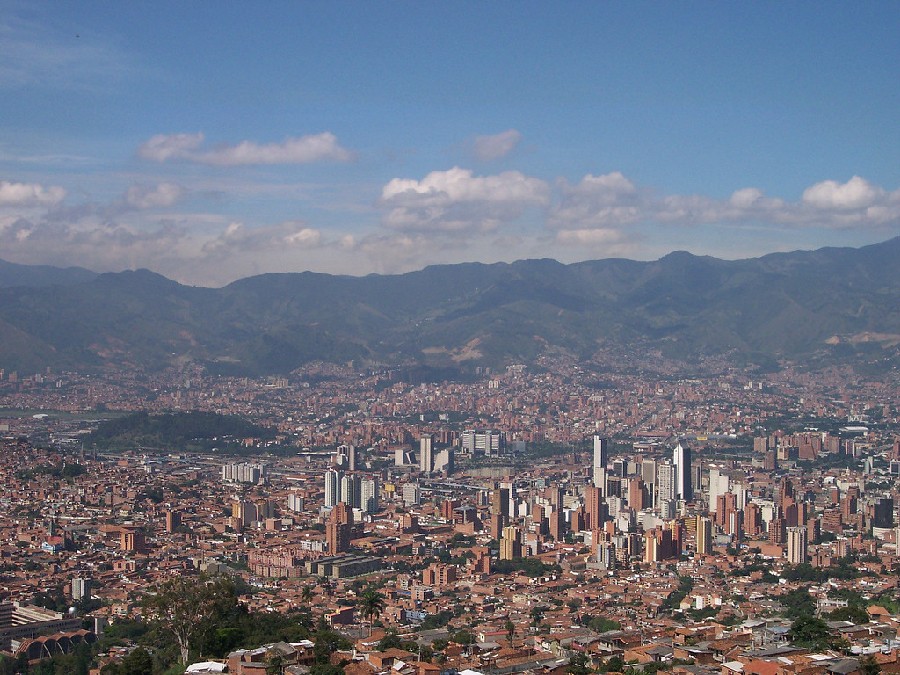 Medellin, known as the city of eternal spring, is the second largest city in Colombia and the capital of the Department of Antioquia.

Mondongo Exquisite dish made of tripe and pork, seasoned with cassava and coriander.

Sanconcho Typical soup based on meat, vegetables, and spices.

The cuisine of this city expresses the life of the farmers who prepared their meals during their journey. Mainly based on beans, avocado, banana, rice, and meat, Medellín offers a variety of dishes that will harmonize your senses.
The main dishes of Medellin are prepared with meats, including chicken, as well as corn. Among most typical meals of the region you can find "bandeja Paisa", served with beans, ground beef, egg, rice, banana, and pork derivatives as chorizo. You can also enjoy the delicious "mondongo", consisting of tripe, pork, and chicken, seasoned with cassava and coriander. As in other destinations of the country, you can also find popular dishes as "sanchoncho" and "arepa".

To accompany these exquisite dishes, it is very traditional to enjoy refreshing fruit juices.

One of the main desserts is "Peto", made with sweet white corn that is cooked with milk and sweetened with panela (unrefined whole cane sugar).

In order to enjoy any of these dishes, as well as traditional Colombian dishes, you can visit El Chocolo restaurant, which offers a select menu of typical food, including "mondongo" and "posta sudada".
More detailsLess details

The weather in Medellin, Colombia

Medellin has a tropical monsoon climate characterized by having a rainy season and a dry season, not as pronounced. The annual average temperature is 22 ºC (71 °F). Medellín is known as the City of Eternal Spring for its pleasant climate with little variations throughout the year, favored by its location among mountains, 1,538 meters (5,044 ft) above the sea level.

Medellín is located in Colombia's Cordillera Central (the Central Andes). The city was founded in 1675 and it was subordinated to the city of Antioch during the Spanish colonial period. The city became an important and productive region during the 19th and 20th centuries, with two areas specially developed, gold and coffee.

In the city you can find numerous museums, such as Museo de Antioquia, Museo El Castillo, and Museo de Arte Moderno de Medellín. There are also many parks and squares you can visit, as Parque de los Pes Descalzos, Parque de los Deseos, where the planetarium is located, and Parque Bolivar, in the heart of the city, adjacent to the cathedral.

The surroundings of the city include some picturesque villages, including San Antonio del Prado, San Sebastián Palmitas, and San Cristobal. If you wish to be close to nature, in Altavista you can explore the trails that lead up to the top of the mountain by horse, or visit the natural reserves in the area with waterfalls and natural pools, such as Alto de Manzanillo o Cuchilla Alto del Romeral.

***The official currency of Colombia is the Colombian Peso (COP).

Other destinations in Antioquia