Book an hotel at: Miami,United States 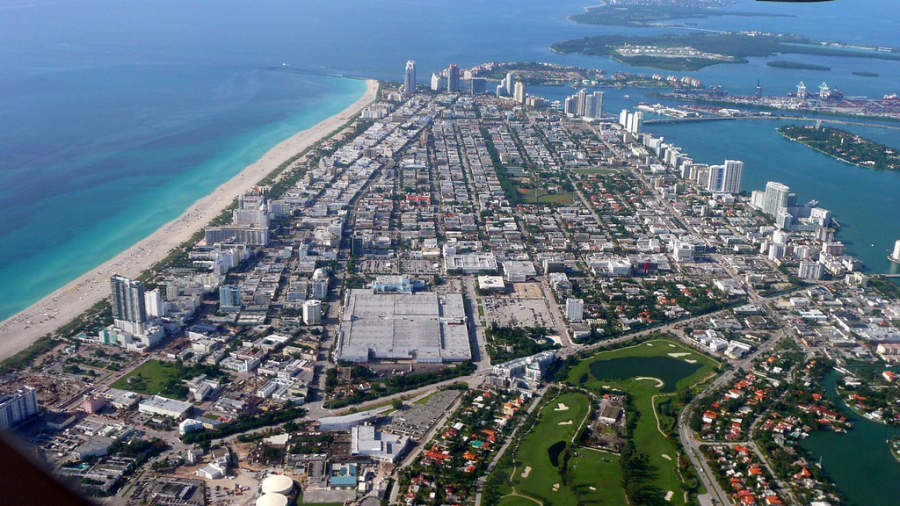 Miami is an international entertainment destination and a modern city that houses a mix of cultural backgrounds from different parts of the world, especially Caribbean countries, resulting in a unique and fun environment

It is a dish made with shredded flank steak in a tomato sauce base, accompanied by beans, plantain, and rice.

Fried and shredded skirt or flank steak seasoned with orange, salt and pepper.

It is a typical Cuban beverage that consists of rum, lemon, and mint leaves.

The cuisine of Miami includes restaurants that serve international dishes, especially those that are characteristic of the Cuban gastronomy

Miami is a multicultural city that has sheltered residents from Caribbean countries, reason why its culinary offer is strongly influenced by countries such as Cuba. Although there are restaurants of international specialties, Cuban cuisine is the preferred one. Some dishes you can taste are:

Ropa vieja, it is a Cuban dish that consists of shredded flank steak in a tomato sauce base with onion and garlic, accompanied by beans, plantain, and rice. You can try it in the Larios on the Beach Cuban specialties restaurant on Ocean Drive, owned by Emilio and Gloria Estefan.

Vaca frita, it is a dish of fried and shredded skirt or flank steak seasoned with orange, salt and pepper served with onion and white rice. If you want to taste the authentic Cuban flavor, go to the Versailles restaurant in Little Havana; you can find a variant of the dish made with chicken.

Cuban coffee, aromatic coffee sweetened with brown sugar. It is a typical beverage of Cuba.

Mojito, it is the most famous Cuban beverage, prepared with rum, lemon, ice and mint leaves. Try it at Quinn’s restaurant in The Park Central Hotel in South Beach, serving also steaks and seafood.

The weather in Miami, United States

Miami has a subtropical climate with an average temperature of 25 °C (77 °F). Summers are hot and humid, with high probability of rain; while winters are dry and cool

The weather in Miami is pleasant throughout the year, with temperatures ranging between 19 °C (66 °F) and 25 °C (77 °F). The hottest days are between May and October, when the thermometer reaches 32 °C (89 °F). There can be moderate to heavy rainfall; if you travel in this season, pack fresh cotton and denim clothing, as well as your swimsuit, sunglasses, a hat, and an umbrella or a raincoat. Most days are cool and dry from November to March, with a temperature of 13 °C (55 °F); in this case, it is best to pack a pair of light sweaters for evenings.

Miami is a city with high humidity and, occasionally, it may receive tropical storms or hurricanes. Even if they are notified in advance, it is important to be forewarned.

Miami is located in the state of Florida, on the west coast of the United States, between Everglades National Park and the Atlantic Ocean; allowing to have some of the best beaches in the world. The city was founded in 1896 and since its inception, it was a refuge for immigrants from Caribbean countries, such as Cuba and Haiti. Currently, it is one of the cities with the highest number of non-native population and is estimated that approximately 60% of the population is foreign.

The city of Miami is an ideal tourist destination; its amazing white sand beaches and turquoise waters attract millions of tourists every year. The city has a strong tourist infrastructure, including hotels, renowned restaurants, shopping centers, and some of the best nightclubs, where you can listen to DJs such as Armin Van Buuren and Tiesto.

Even the city is relatively small. Miami has one of the largest metropolitan areas in the United States. Some of the most popular areas are Brickell, a district where the most modern buildings are set, including the Four Seasons hotel, which is the tallest of the city. Little Havana, a neighborhood where the Cuban community settled in Miami, housing restaurants, theaters, plus the famous Calle Ocho, similar to the "Walk of Fame", where there are stars of artists such as Celia Cruz, Willy Chirino, and Gloria Estefan.

Don't miss Coconut Grove, a historic neighborhood where you can enjoy a Caribbean atmosphere and the Vizcaya Museum, which is an old mansion with beautiful gardens and an extensive collection of European and American art. And of course, Ocean Drive in South Beach, the most famous characteristic district for hosting art deco-style buildings and for being one of the most visited beaches throughout Miami.

Undoubtedly, this city is one of the most important entertaiment centers in the industry; it has hosted events such as the Billboard Awards, the MTV Video Music Awards, and the Premio Lo Nuestro Latin music awards. Miami is chosen by many artists on the world to establish their residency. In the area of Biscayne Bay, there are mansions of celebrities as Julio Iglesias, Gloria Estefan, and Shakira. Miami is also a major center for the fashion world, since fashion events as the Miami Fashion Week and the Mercedes Benz Fashion Weektake place here.

Regarding shopping, Miami is a city with a vast range of shopping centers; some of them are outlets, where you can find the best deals in town. The most important are Dolphin Mall, with 250 stores and an area that resembles the district of South Beach; Aventura Mall, which is considered one of the largest in Florida; and Sawgrass Mills Mall, a shopping center with outlet stores by international brands.

Other places that you can visit include Miami Seaquarium, home of the famous dolphin Flipper; or Jungle Island, an interactive zoo that houses feline species and exotic birds. Miami is also an excellent starting point to visit places as Key West, where you can snorkel; and Orlando, where the Walt Disney World resort and theme parks as Universal Studios and SeaWorld Florida are located.