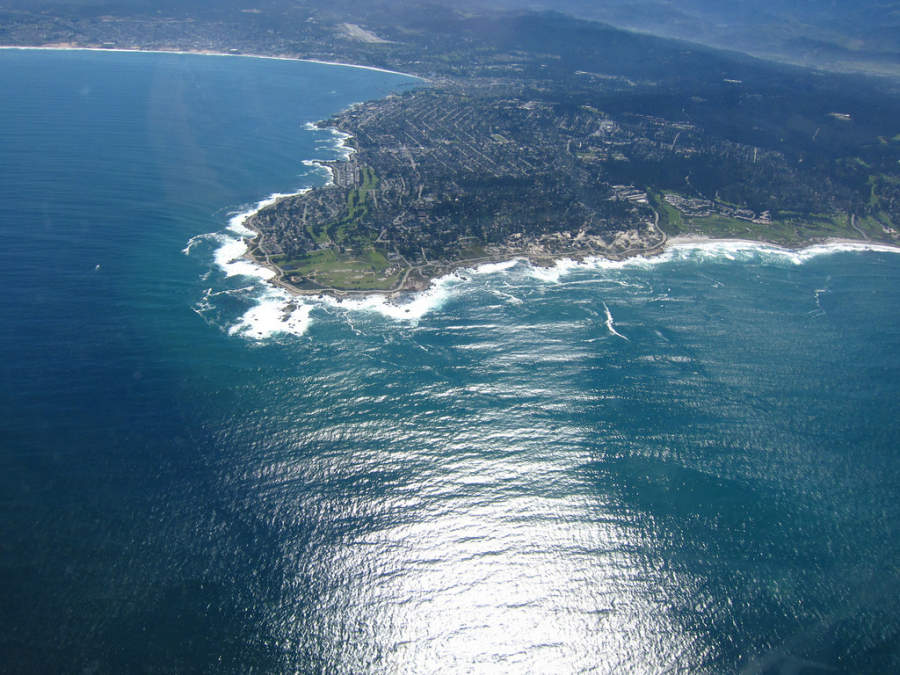 Monterey, a city where the past is always present

Artichokes An edible floral head prepared in different recipes. It can be grilled or fried, and served with different dressings.

Sanddab A salt-water fish that is marinated with olive oil, butter, and salt, and then grilled.

Chardonnay wines Chardonnay is used for making wines like Bernardus, Morgan, and Chalone.

The Monterey peninsula offers a varied gastronomy made up of different recipes from the ancient inhabitants of the region, including the Native American, Spanish, Portuguese, and Italians.
Two gastronomic specialties you have to taste in Monterey are "artichokes" and "sanddabs" (a flat fish from the Pacific Ocean). Artichoke is a plant with a floral head used to create delicious dishes, and it is brought to Monterrey from the Mediterranean. It is prepared in different ways: fried, grilled, boiled, in soup, or in a pizza, and is often served with a chipotle and garlic dressing. "Sanddab" is considered as one of the most delicious salt-water fishes in the world. It is marinated in olive oil, butter, salt, pepper, and lemon, and then grilled to create one of the favorite local dishes. Other sea ingredients used to create a great variety of meals include abalone (known as ear-shells), squid, and crab.

Near the American city of Monterey, there are vineyards that produce some of the most famous wines of the world. Chardonnay, the famous white grape from the region, is used to make Bernardus, Morgan, and Chalone wines.

To enjoy the delicacies of the Monterey's cuisine, we recommend visiting Cibo Ristorante Italiano, which offers a vibrant atmosphere where you can taste some of the most delicious regional seafood like the squid. To try the famous artichokes you should visit Giant Artichoke Restaurant, located on the road to San Francisco, which serves artichokes soup and bread rolls, as well as the traditional fried artichokes.
More detailsLess details

Monterey is located on a peninsula with beaches on the Pacific coast. It was founded in 1770 and it was the first capital of California between 1777 and 1849, under the mandate of Spain and Mexico. The city was the scene of the Battle of Monterey during the war between the United States and Mexico in 1846, when it became an US territory. It is one of the most historic cities in the state, where the Spanish and Mexican legacy remains in the 18th and 19th century adobe buildings. Monterey is famous for its marine life diversity, which includes sea lions, sea otters, harbor seals, bat rays, pelicans, and dolphins. San Carlos State Beach is one of the preferred beaches for diving since 1960, diving lessons are currently offered there.

One of the main attractions of the city is Cannery Row, the oceanfront street where the sardine fishery industries were located until 1973. The street is also known as Ocean View Avenue and it currently features stores, galleries from local artists, and restaurants. Monterey Bay Aquarium, one of the largest aquariums in North America, home of important marine science laboratories, is at the end of the avenue. MY Museum, a popular children's museum, is adjacent to The Museum of Maritime History, near Fisherman's Wharf, a touristic attraction where you can see sea lions. Monterey Canyon, the largest and deepest submarine canyon in the North Pacific Ocean near America's mainland, is near the coast.

The historic district shows visitors the history, culture, and arts of the city through its antique buildings, its monuments, and natural landscapes. The district hosts a jazz festival each year in September and it is also the area where nightlife takes place. Colton Hall, where the first constitution of California was ratified in 1849, is located here. Monterey has golf courses and water activities including surfing, kayaking, and whale watching. El Estero is a park with a lagoon, where you can take pedal boat rides and skate on a track designed by the locals. Dennis the Menace Park®, a playground for children inspired by the cartoon character "Dennis the Menace", is here.