Book an hotel at: Newcastle,Australia 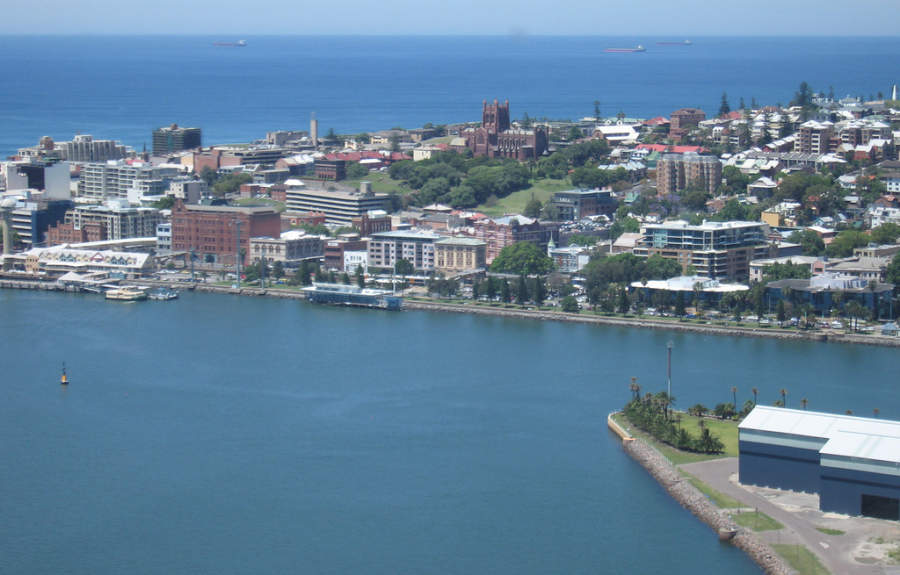 The cuisine of Newcastle includes ingredients such as crocodile and seafood, and fruits like bananas, mangos, kiwis and red fruits.
Among the dishes that you can enjoy in Newcastle is "Pie Floater", a pea soup with a small meat pie with tomato sauce over it. You can also try "Potato Cake", consisting of a kind of fried and salty cake made by mixing mashed potatoes and flour, which is served for breakfast or as a side dish with other foods. "Chiko Roll" is a hot appetizer that consists of a fried roll made with flour and stuffed with beef, celery, cabbage, barley, carrots, corn, onion, and peas.

The wines of Newcastle are of very good quality, particularly those from the regions of Alpine Valleys, Mudgee, and Adelaide Hills. Beer, as the Carlton Draught or the XXXX lager, are also very consumed.

Newcastle traditional desserts include "Lamington", a small sponge cake coated with a layer of glazing chocolate and grated coconut.

Goldbergs is one of the most visited restaurants in Newcastle, offering a menu of Australian and international cuisine prepared with fresh ingredients from the region, and a wine cellar.
More detailsLess details

The weather in Newcastle, Australia

Newcastle has a relatively constant climate throughout the year, with temperatures of 18 °C (64 °F) on average, lows between 8 and 19 °C (46 and 66 °F) and highs between 16 and 26 °C (60 and 78 °F). January is the warmest month and temperatures drop slightly and gradually until July, which is the coldest month, to then increase again. Days are quite variable in Newcastle, with cloudy days and sunny days. The rainfall is frequent, with 11 rainy days on average per month. Between February and June, there is an abundant rainfall accumulating around 116 mm (0.62 in) monthly, being March the wettest month with 122 mm (4.7 inch). The driest month is November with only 69 mm (2.7 inch) of precipitation. We recommend bringing an umbrella or rain jacket, light clothing, your swimsuit, flip-flops, shorts, sunglasses, sunscreen, a light sweater, and comfortable shoes. If you are travelling between June and August, we suggest bringing a jacket since nights are cooler.
More detailsLess details

Newcastle is the sixth largest city in Australia and the main exporter of coal in the world. The natural landscapes are the main attraction, with its white sand beaches and crystal clear waters, being Nobbys Beach, Bar Beach, Newcastle Beach, and Merewether Beach the most popular in the destination.

Fort Scratchley is one of the most representative places of Newcastle. From this place, which was formerly a fortress, you can admire a wonderful view of the bay and the port. You can also visit the tunnels and learn about the history of the city. Newcastle Art Gallery is another good option to know more about this city, with 20th-century paintings and contemporary works of art.