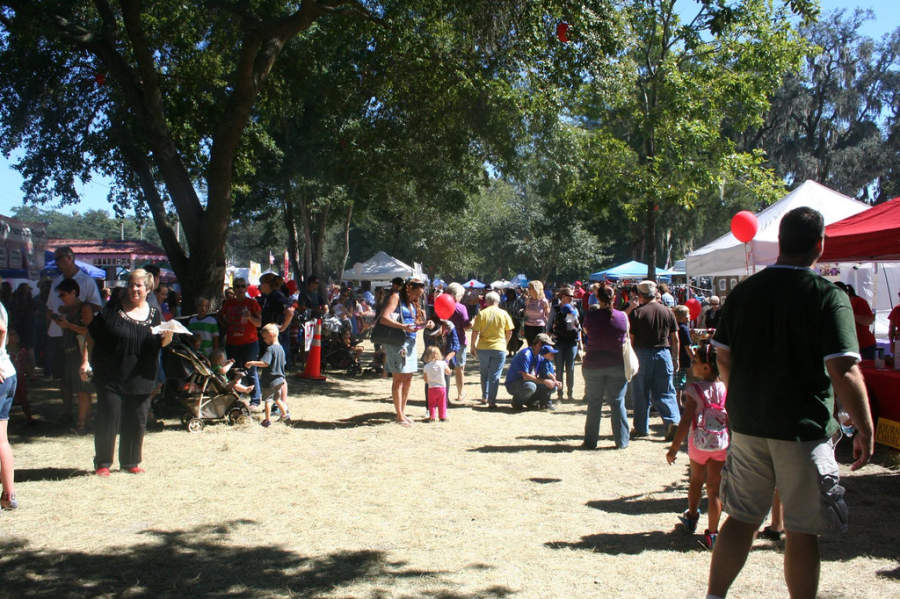 This small town of Florida is noted for its proximity to the Naval Air Station Jacksonville, one of the greatest military bases in the Southeastern United States

Creamy soup made from clams and tomatoes. It is distinguished by its distinctive reddish color.

The cuisine of Orange Park uses the ingredients that abound in the region, such as sea products

The recipes most frequently requested in Orange Park include products from the sea or the swamps in the region. Among the most popular dishes are the catfish fillet, cooked over charcoal fire, and the minorcan clam chowder, a kind of creamy soup made from clams and tomatoes, characterized by its reddish color.

Temperatures in Orange Park range between 32 °C (89 ºF) in summer and 5 °C (41 ºF) in winter, with an average temperature of around 20 °C (68 ºF). If you plan to travel in summer, we recommend you to bring comfortable and light clothing made of cotton. Also, you should drink lots of water to avoid dehydration. In winter it is important to bring warm clothes and a sweater or a jacket since humidity increases the sensation of cold.

Rains are constant in the region of Orange Park and there may be storms or hurricanes during summer months. To avoid these phenomena as much as possible, we recommend you to check weather forecasts before you plan your trip.

Orange Park is located in Florida, on the banks of the St Johns River, south of Jacksonville. Its name comes from the fact that this area was intended for orange production, however, an intense snow storm in 1894 ruined the crops and the industry moved to other nearby cities.

Orange Park has several parks and recreation centers, such as Clarke Park. Facilities of this park include a children's area, a sand volleyball court, barbecue grills, and spaces for events, as birthday parties and other family events. Also, you will find green areas decorated with a splendid lake and oak trees, with several hiking trails. In this site is one of the historic buildings of Orange Park, the Clarke House, dating back to the early 20th century, now used as headquarters of the Historical Society of Orange Park.

Another important park of the city is Town Hall Park, which has a playground for the little ones, tables for picnics, and venues where several events are held, including the Fall Festival, celebrated every year in October, featuring concerts, gastronomic tastings, and exhibitions of handicrafts.