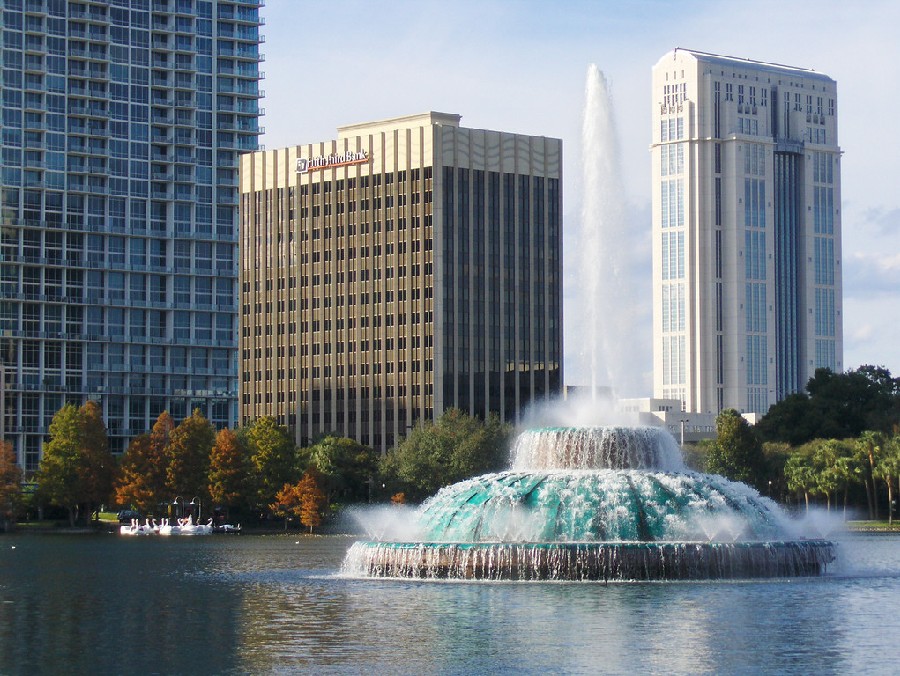 Orlando is truly an entertainment center located in the central area of Florida, world famous for housing the Walt Disney World® complex, plus numerous hotels and tourist attractions.

It is the classic American burger prepared with beef, cheese, lettuce, ketchup, and mustard leaves.

Juicy steak prepared on the grill.

Gourmet dish made with smoked lamb and curry.

Coffee served in a small cup.

Orlando is a city that boasts thousands of culinary options, ranging from classic American hamburgers to Cuban specialties, and even international cuisine restaurants

Orlando, Florida is home to an incredible mix of cultures that denote themselves in the varied gastronomy of the city, which includes French, Chinese, Japanese, Cuban and of course American specialties.

Without question, one of the most popular universal dishes is the classic burger with cheese, or cheeseburger, with a unique flavour thanks to its mixture of beef, American cheese, tomato, mustard and ketchup. In Orlando you can find a myriad of restaurants, especially in fast food. The ribeye is one of the most consumed beef steaks in the world and Orlando is not the exception, since there are several steak houses serving it with the characteristic flavor that the grill gives to the meat; you can accompany it with your favourite drink, either soft drinks, beer, or even a glass of red wine to give an elegant touch.

Orlando has haute cuisine restaurants, specially Victoria & Albert's, located at Walt Disney World®, which has been awarded with Five Diaminds by the AAA. Here you can order the Hot Smoked Niman Ranch Lamb with Fuji Apple and Curry Dressing.

Being Florida one of the places with largest Cuban presence, in Orlando it is possible to enjoy dishes from that country. Try a refreshing mojito prepared with rum, lemon, mint, club soda, and ice, or an aromatic cup of Cuban coffee.

Orlando has a subtropical climate, with hot and rainy summers recording temperatures that reach 33 ºC (91.4 ºF), and cool winters with temperatures of 9 °C (48.2 °F).

Orlando has warm and sunny days most of the year, with temperatures averaging 22 °C (71.6 ºF). Temperatures can reach up to 33 ºC (91.4 ºF) during summer months, while in winter they drop down to 9 °C (48.2 ºF). We suggest you to pack fresh and comfortable clothing of cotton and denim, as well as an umbrella and a couple of thin sweaters.

Heavy rainfall is very common from June to September. Being a tropical climate, the weather can be humid. If you are traveling during this season, you should bring a rain jacket and an umbrella.

Orlando is located in Orange County, in central Florida. Although it is known worldwide and acclaimed for hosting the Walt Disney World Resort, the world's largest, Orlando has much more to offer.

In Orlando it is also possible to visit Universal® Studios Orlando, housing sets that have been used in famous films, a commercial area, and Universal's Islands of Adventure®, where you'll see cartoon characters and comic book heroes. Another prominent park is SeaWorld® Orlando, featuring water roller coasters and the most amazing animals in the marine world doing acrobatics. There is also Wet'n Wild® and Aquatica by SeaWorld®. Entertainment options are unlimited and include performances ranging from depictions of the old west and pirate fights to medieval battles at Medieval Times, and even world-class shows as Cirque du Soleil La Nouba.

Other things that characterize Orlando are its shopping centers and outlets. In this city of Florida you can find everything: clothing, accessories, technology, souvenirs, and jewelry, etc. The busiest shopping centers are Millenia Mall, Florida Mall Orlando Premium Outlets - International Drive and, of course, the shopping areas located in the theme parks.

Also, the downtown area has attractions for all tastes. You can visit Orlando's Ripley's Believe It or Not, the Orange County Convention Center, and the Amway Center, home of the NBA Orlando Magics. Given that Orlando is settled in an area with lakes and swamps, it is possible to take tours to see impressively large crocodiles. In some of these activities you can even zip-line over a pond full of lizards.