Book an hotel at: Puerto Madryn,Argentina 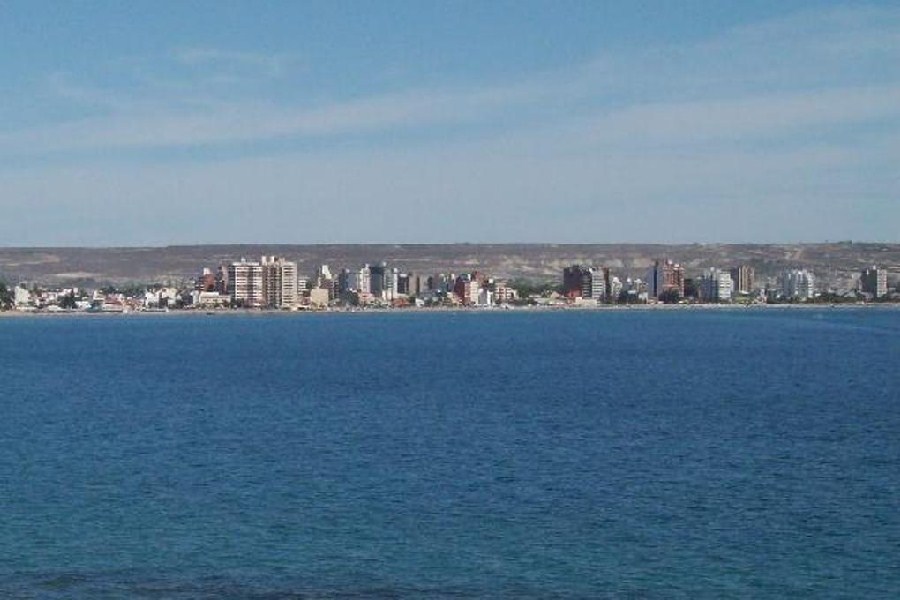 One of the major tourist destinations in the Argentine Patagonia and the main gateway to Península Valdés, declared World Heritage Site by UNESCO.

The weather in Puerto Madryn, Argentina

Puerto Madryn has a temperate desert climate, regulated by its proximity to the ocean. There is an average temperature of 14 °C (57 °F), although the average monthly temperatures range from 7 °C (45 °F) in July to 21 °C (70 °F) in January. Rainfall is scarce in Puerto Madryn, with 16.3 mm (0.6 in) per month on average, while the annual average relative humidity is 68%. The city can be very windy, especially in the cold season.

Cold season (May to September): there are low temperatures which drop down to an average of 1 °C (34 °F) in June and July. The average temperature of the season is 8 °C (46 °F), with average lows of 2 °C (36 °F) and average highs of 14 °C (57 °F). Although there is no snowfall, rainfall increases to an average of 16.4 mm (0.6 in). The rainiest month is July, which also has an average relative humidity of 75%. Puerto Madryn might be quite windy, especially during this season, so you should bring warm winter clothing, including a coat or a windbreaker, a hat, gloves, thermal underwear, warm boots or shoes, and a scarf. You should also use sunscreen during the day. Hot season (October to April): the hot season in Puerto Madryn has an average temperature of 18 °C (64 °F), although the high temperatures can reach 30 to 35 °C (86 to 95 °F) in the hottest months, which are January and February. The days are usually warm with average temperatures of 25 °C (77 °F), while the afternoons and evenings are much cooler, dropping to an average of 11 °C (52 °F). The driest month of the season is January, with only 12.7 mm (0.5 in) of rain and relative humidity of 62%. You should wear light summer clothing during the day, preferably made of natural fibers and in light colors, as well as use sunscreen. We also suggest you to bring a warm sweater or a jacket to wear at night, since nights are cooler and sometimes windy.
More detailsLess details

Puerto Madryn is located on the Atlantic coast, in the province of Chubut, within the Argentine Patagonia. The first explorations of these lands date back from 1779, but the city was founded until 1865, when just over 150 Welshmen disembarked here and named it Puerto Madryn, after Love Jones Parry, the main sponsor of the Welsh settlement in Patagonia and first Baron of Madryn.

In recent years, Puerto Madryn has become a major tourist destination. The city is the gateway to the Valdes Peninsula, declared World Heritage Site by UNESCO and home to numerous species, including the southern right whale, orca whales, sea lions, and Magellan penguins. Puerto Madryn is a great diving destination during the austral summer and it receives several cruises on its coast, before they head to Ushuaia, Chile, and Antarctica.

***The official currency of Argentina is the Argentine Peso (ARS).

Other destinations in Chubut