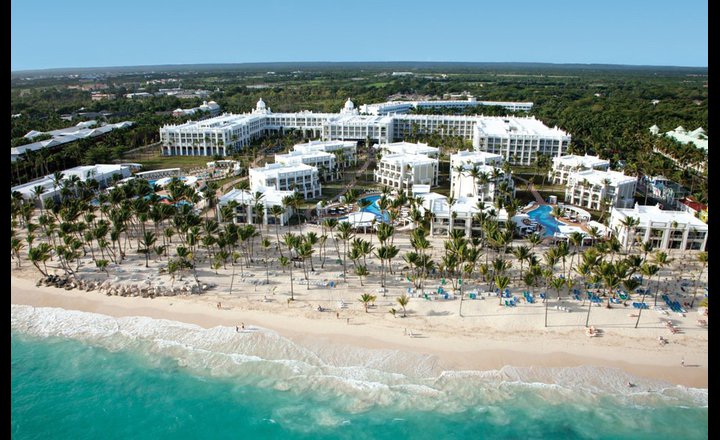 Riu Palace Bávaro is a beachfront hotel situated within the Riu Resort, home to the Riu Palace Punta Cana, Riu Palace Macao, Riu Bambu, and Riu Naiboa hotels. The property is located on Arena Gorda Beach, considered one of the most beautiful beaches in the world. Nearby places include Higüey, Isla Saona, Marinarium, and Altos de Chavon. The hotel is located 26 kilometers (16 mi) from Punta Cana International Airport (PUJ).

Riu Palace Bávaro provides several all-inclusive benefits, such as a variety of culinary specialties in all its restaurants and bars. The hotel has two freshwater pools, direct access to the beach, night entertainment including spectacular shows and live music, plus a daily activities program for children and adults coordinated by the entertainment staff. Children can enjoy the mini club with pool and adults can have fun at the nightclub or relax in the Spa with exclusive treatments. Meeting rooms can accommodate up to 1,051 guests and guests have access to the facilities of the sister hotels within Riu Resort, that include the use of the fitness center, steam room, and four tennis courts. The property has a water park with slides, a sun terrace, a children's area, and bar and snacks services.

***Groups of students younger than 21 or spring breakers are not accepted at this hotel.

Free access to other Riu hotels in the destination (restrictions apply, the information will be provided upon check-in)