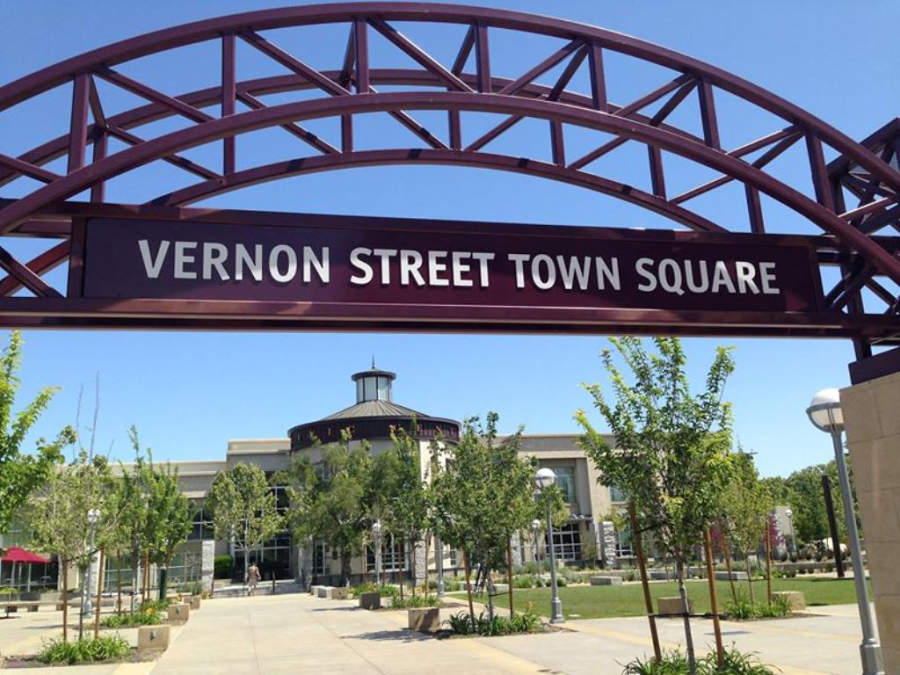 Different steaks cooked on the grill.

Cocktail prepared with tequila, lime juice, and triple sec, and served in a glass rimmed with salt.

Drink produced by the fermentation of the must of different kinds of grapes.

The cuisine of Roseville, as in all the state of California, is strongly infuluenced by the traditions of Mexico and Spain; and has recently created a fusion cuisine with new flavors

The Californian cuisine and particularly the gastronomy of Roseville is characterized by its fresh dishes cooked to order with local seasonal ingredients. The menus depend on the products available in every season, since the ingredients are collected daily on state farms.

You can find a delicious clam chowder, tortilla soup with chili, or baked potato soup with cheese. There is also a variety of salads pepared with fresh products from the region, such as the Greek salad or the endive salad. One of the most popular is the Hill Country salad served in the Claim Jumper restaurant and containing chicken, cheddar cheese, tomato, bacon, egg, and bread crumbs, with honey mustard dressing.

Meat prepared on the grill is an important part of the cuisine of Roseville. You will find smoked pork sausage served with grilled onions and barbecue ribs served with beans, grilled vegetables, and corn bread.

You can enjoy a mojito, margarita, any variety of beer, and the best Californian wines. For dessert you can have an ice cream or The Original cheesecake from The Cheesecake Factory.

Roseville has a Mediterranean climate characterized by cold and humid winters, and hot and dry summers with rains from October to April

The hot season in Roseville runs from May to October, and July is the hottest month, recording the highest temperatures ranging around 35 °C (95 °F) with lows of 16 °C (61 °F). We suggest packing natural fiber clothing such as cotton and linen, a cap or hat, sunglasses and sunscreen. Bring a light sweater for the evenings.

The cold months range from November to April. December and January are the coldest with temperatures ranging from 4 °C (39 °F) or less to 12 °C (54 °F). January, February, and March are the rainiest months. Try to bring a rain jacket and thick sweaters or jackets.

Roseville is a city located in Placer County, California, in the United States, 33 kilometers (20 mi) from the city of Sacramento. It was founded in 1909, when the Southern Pacific Railroad moved its facilities to the zone, and the town became a city of the metropolitan area of Sacramento.

The historic center houses attractions such as the Sierra Vista Bridge built in 1929; the McRae historic building, which houses the Opera that features plays, dances, and box matches; the Roseville Station, a replica of the old railway station; and the Locomotive 2252, built in 1897 and considered one of the oldest in the world today.

Roseville is regionally known as a shopping destination since it houses the Westfield Galleria at Roseville, the second shopping center of its kind in California; the Fountains at Roseville with recreational areas, and the Denio's Farmers Market & Swap Meet, open from Friday to Sunday. Besides these places, there are several shopping centers in the surrounding area and the Douglas Boulevard financial corridor.

The cultural attractions include the Carnegie Museum, displaying an exhibition of the city's historical heritage; the Maidu Museum and Historic Site that preserves the history and tradition of the Maidu tribe who lived in the area; the Roseville Telephone Museum, which has one of the largest collections and memorabilia about this revolutionary invention in the United States; and the Center for Exploration of Roseville, which offers lively exhibitions with a learning laboratory, presentations, and workshops about the protection of natural resources.

There are also children's entertainment options in Roseville as the Golfland SunSplash with miniature golf, video games, laser battles, and karts throughout the year; and an aquatic area open from May to September. It also has slides of different difficulty levels and pools including a wave pool.

For adults, this destination features the All American Speedway, which hosts the NASCAR series. The Cosmos sculpture, symbolizing the unity of the town, is set in the Sculpture Park, which also has a recreational wooded area and a bike path. In addition, you can visit the Blue Line Arts Gallery that exhibits works by local artists, the Magic Circle Theater, and the Tower Theater.

For golf lovers, Roseville features six world-class golf courses including Diamond Oaks, designed in 1963 by Ted Robinson, and Woodcreek Golf Club designed by Robert Muir Graves in 1995. Both courses are open for tournaments and offer lessons for all ages and levels.