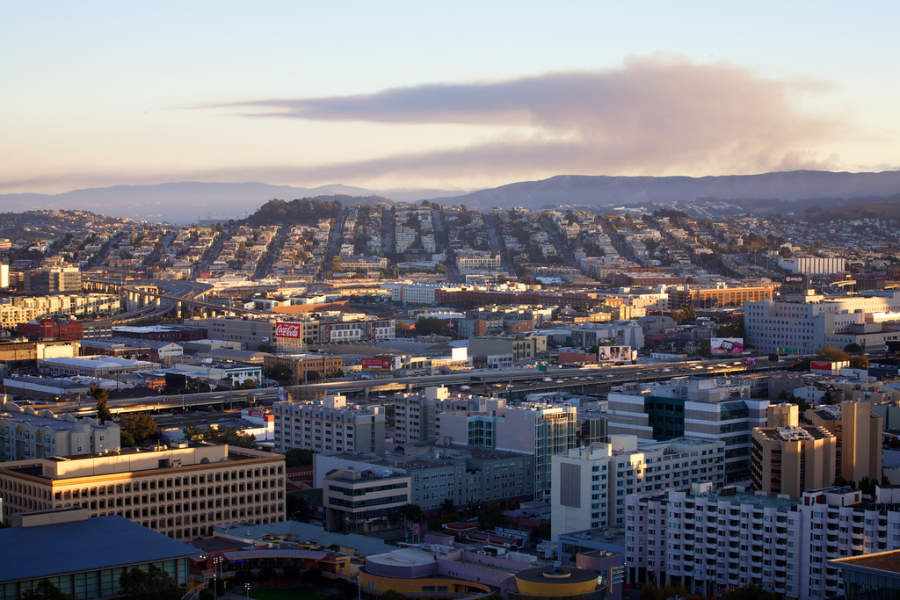 Round flattened bread topped with tomato sauce and cheese. The main feature of this dish is the use of American ingredients as egg, ham, and pineapple.

Thick soup made with clam and seasoned with onion. It is served with clams, potato wedges, celery, and bacon.

Due to its location, San Bruno is strongly influenced by the city of San Francisco and local cuisine is no exception

The cuisine of San Bruno is very similar to what you would find in San Francisco. Here you have the opportunity to try from the typical California-style pizza, a round flattened bread topped with tomato sauce, cheese and various ingredients such as ham, bacon and egg; to the clam chowder, a thick soup made with clam, chunks of potato, celery, and bacon.

In San Bruno you will find many specialty restaurants serving dishes from around the world, such as the Aji-Ichi restaurant, that serves Japanese cuisine. If you want to try something more regional, you can try Toto's Restaurant & Pizzeria, where you can enjoy a delicious Californian pizza. If these sites do not satisfy your appetite, the city of San Francisco is only a short train ride away.

The climate of San Bruno is defined as Mediterranean, with hot, dry summers and cold, humid winters

San Bruno has a cool climate with an average annual temperature of 18 °C (64 ºF). Summers are hot, with maximum temperatures of 23 °C (73 ºF), while winters reach temperatures of 6 °C (42 ºF). During the day you will have no problem enjoying the city. However, the temperature drops down at night, so you will need to bring a sweater or a jacket.

Most rains fall in winter, being January the rainiest month. It is important to pack a warm jacket and an umbrella if you travel during this time of year.

San Bruno is located in San Mateo County, California. One of the most outstanding features of this city is its location south of San Francisco, both connected by Interstate 280 and the BART and Caltrain transportation systems.

The city of San Bruno usually works as a transit or lodging area while touring San Francisco. However, this community features pleasant places that deserve a visit. First of all, San Bruno City Park, a recreational center with spacious green areas, walking trails, and a playground for children. This park also has a small baseball field, a public outdoor swimming pool, and a building with a basketball court. In second instance, Junipero Serra County Park, with 43 square kilometers (111.3 sq mi) of green areas with three fun trails, which offer the possibility of admiring the wonderful species of plants inhabiting San Bruno, having trees such as oaks and chestnuts, and wild flowers such as bellflowers and meadow buttercups. In addition, it is most likely that you find remarkable birds such as the red-tailed eagle or the American vulture. From the top of Junipero Serra Park in San Bruno you can see San Francisco Bay, or witness to the takeoff and landing of hundreds of planes in the city airport. Facilities at this park include two children's playgrounds and areas with barbecues, ideal for a picnic.