Book an hotel at: San Rafael,Argentina 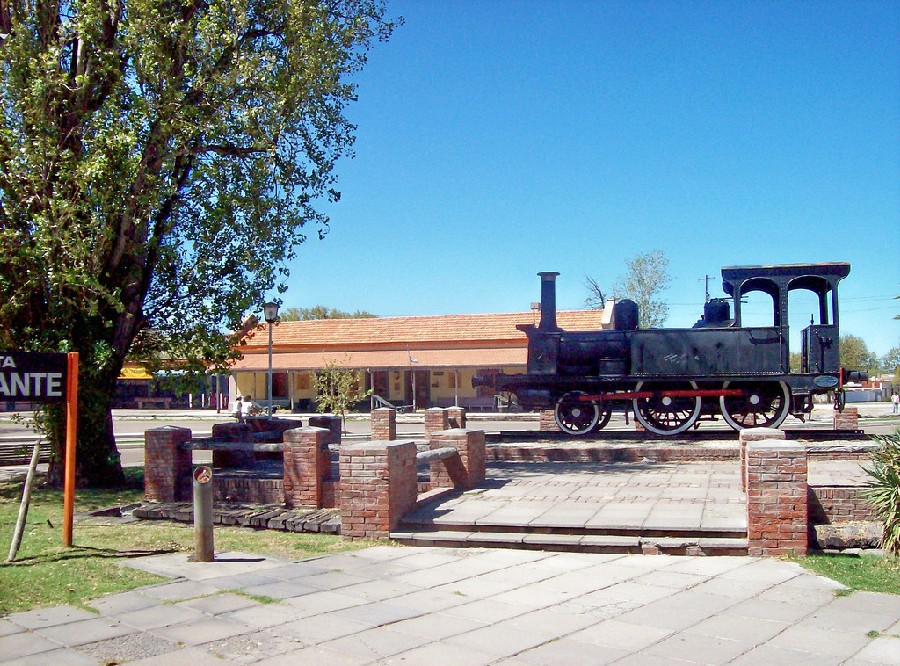 San Rafael, in the south of the province of Mendoza, is famous for Ruta del Olivo and its vineyards.

Humita en chala A sort of tamal filled with a sauce made of corn kernels, tomato, chili, onion, grated cheese, and milk.

Patties Traditional baked or fried patty, stuffed with a mixture of beef cuts or veal.

San Rafael has a gastronomy which has been strongly influenced by the classic Spanish cuisine, which natives have adapted to the typical products of the region, creating intense and delicious flavors.
One of the most popular dishes in the whole province of Mendoza, and that you can find very frequently in the city of San Rafael, is the traditional "carne de olla", a delicious meat stew prepared in a large pot (preferably made of iron) and seasoned with spices as oregano and pepper, then simmered for 2 hours to obtain a more defined flavor and aroma. "Cazuela de gallina" is a dish widely enjoyed by families during cold days, consisting of a very nutritive broth prepared with Creole hen, onion, rice, carrots, pumpkin, and potatoes. Other typical dishes of the region include "humita en chala", a delicious sauce made of corn kernels, tomato, chili, onion, grated cheese, and milk, then boiled in a corn leaf as if it were a tamale; and the traditional fried or baked patties stuffed with different stews, including veal, ground beef with olives and hard boiled egg, unlike the patties of other provinces.

San Rafael is also known as the land of wine, the ideal place where the soil gestates fruits with the most exquisite nectar of Argentina. The most famous wines of the region are Malbec, Syrah, Cabernet Sauvignon, whose aroma has touch of vanilla; and finally, the Riesling wine, which features a distinctive and soft scent of roses.

One of the typical sweets of the region is the "alfajor", a delicious sweet prepared with dough with cocoa and filled with milk caramel, then covered with dark chocolate or white sugar. There is also a wide variety of handmade sweets made of the combination of several fruits, as peaches, pears, plums, figs, grapes, and raspberries.

In order to enjoy the best regional dishes, you should visit El Restauro, located on a lovable colonial corner which offers signature and regional cuisine. Another restaurant where you can enjoy Argentine specialties is Sol Restaurante, where you can also enjoy "parrilladas a la argentina" (Argentine barbecues).
More detailsLess details

The weather in San Rafael, Argentina

The city of San Rafael has a temperate semiarid climate with well defined seasons. Light rainfall is common from October to March. The annual average temperature is 16 °C (61 °F).

Summer (December to February): summers in San Rafael are hot with relative low humidity, despite it tends to rain throughout these months. The average high temperatures can reach 31 °C (90 °F), but the nights are cooler, with temperature dropping from 14 to 15 °C (57 to 59 °F). You should bring a light sweater, as well as comfortable clothing, sunglasses, and your swimsuit. Remember to bring sunscreen and a folding umbrella in case of rain, as well as comfortable shoes for walking. Fall (March to May): at the beginning of fall, the midmornings and the early afternoons are hot, while the early mornings and the dusks are cold. During May, the temperature varies between 5 and 19 °C (41 and 66 °F). You should bring warm clothing for the morning and the evenings, as well as lighter clothing to wear at noon and in the afternoon, plus sunglasses and sunscreen. Winter (June to August): June and July are the coldest months of the year in San Rafael, with temperatures ranging from 16 °C (61 °F) during the day to 1 °C (34 °F) at night. Lower temperatures have been recorded, along with some snowfall. You should pack an overcoat, a scarf, and warm clothing. Spring (September to November): springs in San Rafael bring warmer days with temperatures reaching 27 °C (81 °F) in November. However, September still brings lows of 5 °C (41 °F). You should bring sunglasses and sunscreen, together with warm clothing, as a thick jacket for the mornings and the evenings.
More detailsLess details

San Rafael is a city located south of the province of Mendoza, 232 kilometers (144.2 mi) from the capital city. San Rafael has numerous parks, including Parque Juan Domingo Perón, facing the recently inaugurated Centro de Congresos y Convenciones de San Rafael and Parque Mariano Moreno, where you can find Gruta de la Inmaculada Concepción or Parque Hipólito Yrigoyen, which has an outdoor theater to accommodate up to 10,000 spectators and where Fiesta de la Vendimia takes place in early March.

In San Rafael you will find some interesting attractions, such as Plaza del Inmigrante, across from the old railway station and where a museum is set, as well as the first locomotive in town. Museo de Historia Natural and Museo de Bellas Artes, with art works from important Argentine painters are popular landmarks. Another icon of the city is the Casino, one of the preferred sites of local residents.

The surroundings of San Rafael offer great places to visit. The province of Mendoza is famous for its vineyards, many of them located near the city of San Rafael, as well as Ruta del Olivo, where you can explore the olive fields and learn about the olive oil production.

Cañón del Atuel is 37 kilometers (23 mi) from the city and it is an ideal place for nature lovers, since you can practice mountain biking, rafting, hiking, or rappelling there. The Atuel River has hydroelectric centrals, being an interesting ride. San Rafael is 200 kilometers (124.3 mi) from Las Leñas, a major ski center with 28 tracks for all levels. During summer you can visit the area of Valle Hermoso, with several lagoons and where horseback riding is a very popular activity.

***The official currency of Argentina is the Argentine Peso (ARS).

Other destinations in Mendoza