Book an hotel at: Scottsdale,United States 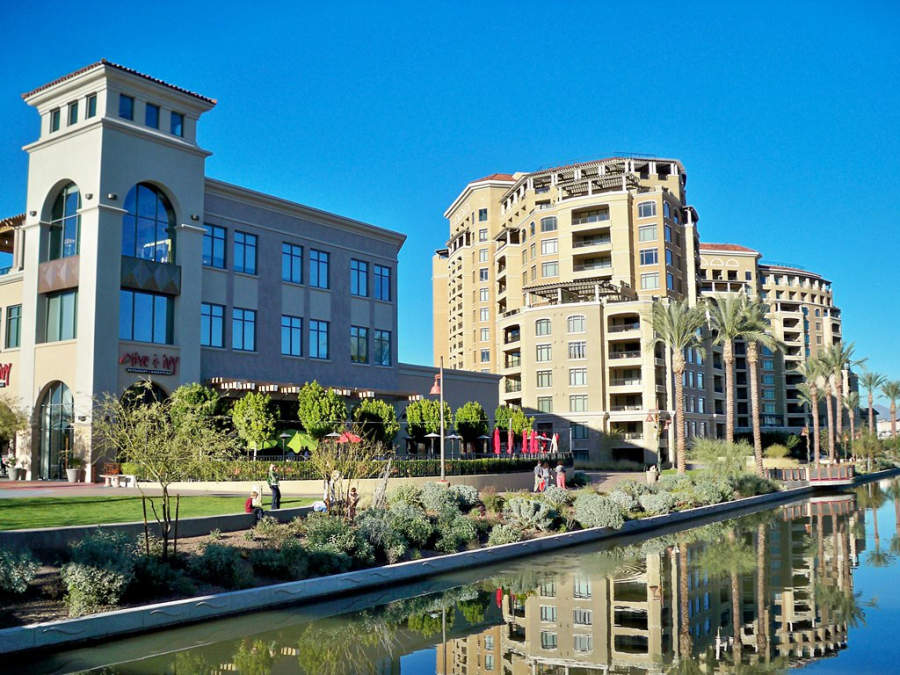 The city of Scottsdale offers a varied gastronomy that will satisfy your palate. The restaurants that you can visit include Allie's American Grille, Bravo! Bistro, Chart House, Don & Charlie's Restaurant, El Torito Mexican Restaurant, First Watch, Gordon's, Il Terrazo, Jewel on the Crown, Kyoto Japanese Restaurant, Los Olivos Mexican Patio, and Medizona, among many others.

The weather in Scottsdale, United States

The city of Scottsdale has arid climate, with mild winters and extremely hot summers

We recommend bringing light clothing, comfortable shoes, a cap or hat, sunglasses, and sunscreen during the spring, summer, and fall, including a sweater or a light jacket for the spring. In winter, we suggest packing warmer clothes, such as sweaters and jackets, closed shoes, long pants, and a scarf. Remember to bring an umbrella or a rain jacket.

The city of Scottsdale is located to the east of Maricopa County in the Valley of the Sun, in the state of Arizona, adjacent to Phoenix. According to its population, it is the sixth largest city in the state and is divided into four areas: South Scottsdale, where the working class is set; Scottsdale Old Town, an area with old streets and shops, restaurants, bars, nightclubs, and Western art galleries; Shea Corridor located near Shea Boulevard, with highly valued residential areas; and Scottsdale northern area, the most developed area of ​​the city.

Scottsdale is home to a large number of churches, chapels, temples, synagogues, and mosques, among other religious sites. The city also has over 70 pool complexes and hotels, and tourism is an important part of its economy. This destination is the third American city with the largest number of hotels with Five Diamond rating by the AAA. It has also become a tourist destination with a lively nightlife and many restaurants, luxury shops, and art galleries.

Scottsdale also stands out the field of sports, with Scottsdale Stadium and more than 200 putting greens. You can go hiking and climbing thanks to the proximity of the mountains. You can also take advantage of the McDowell Sonoran Conservancy.

For shopping, Scottsdale has both independent malls and boutiques such as the Kierland Commons in the northern area of the city and Scottsdale Fashion Square in downtown, one of the 20 largest shopping centers in the United States. The city stands out for its lively and varied nightlife. If you like to bet, you can visit Casino Arizona, located next to a resort.

This city holds the Phoenix Open Golf Tournament that takes place each year at the Tournament Players Club; the Barrett-Jackson car show performing at the WestWorld equestrian center in January for one week; the Scottsdale Arabian Horses Show; and the Scottsdale Jaycees Parada del Sol, which lasts one month and brings cowboys and cowgirls from all over the country together. Scottsdale Fashion Week takes place in November with local, national, and international designers; Scottsdale Culinary Festival is held in April at the Shopping and Civic Center; and the Scottsdale International Film Festival.

Other destinations in Arizona