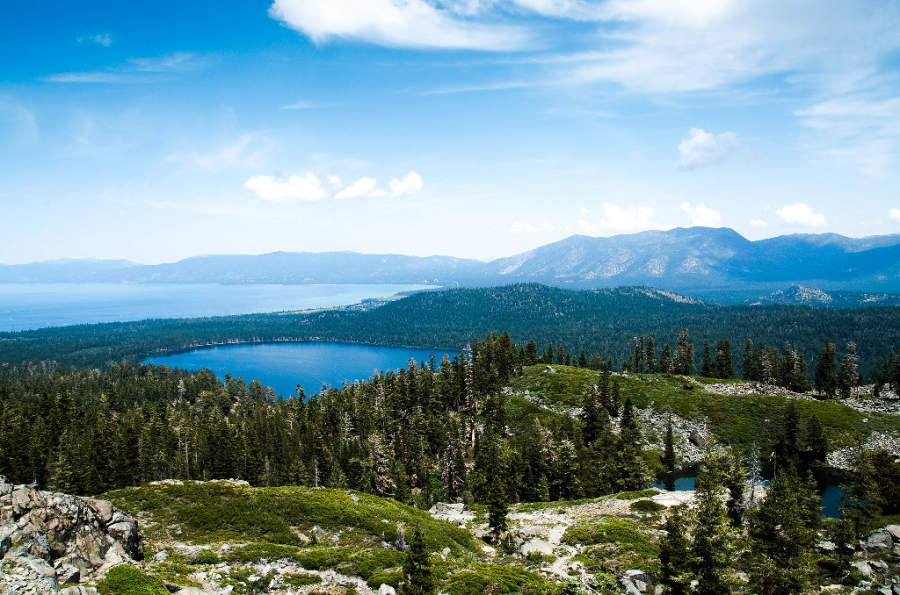 Tahoe Vista, on the northern shore of Lake Tahoe, is an ideal destination for those who love the lake and outdoor activities

The community of Tahoe Vista has establishments where you can enjoy typical Mexican food, giant steaks for two, fine wines, and even ice cream in warmer months. Visit The Rustic Lounge at Cedar Glen Lodge, where you can find French cuisine and American classic cuisine; or Pindleshanks, a bistro-style American restaurant. Also, there is Sancho's Mexican taquería, and Jiffy's Pizza.

Rainy season (October to April): rainfall is moderate in October, but it intensifies in November and continues strong until March, decreasing again in April. December has the highest average rainfal, recording 152 mm (6 inch), which may include snowfall. Snowfall may occur between November and March, recording over 100 mm ((4 inch) of precipitation. These months in Tahoe Vista are cool to cold, with temperatures of 8 °C (46 ºF) and minimums of - 5 °C (23 ºF). We recommend bringing warm clothing and a rain jacket made of synthetic fabrics that dry faster, including thermal underwear, scarves, gloves, coat, earmuffs, and snow boots.

Dry season (May to September): days become warmer and nights are cool during this season in Tahoe Vista, having a difference of 9-18 degrees between day and night. The average temperature is 11 °C (51 ºF), the warmest months are July and August, with highs temperatures of 25 °C (77 ºF); the minimum temperature is between 1 and 7 °C (33 and 44 ºF). You should dress in layers with pants and shirts on which you can wear a heavy jacket.