Book an hotel at: Tlaxcala,Mexico 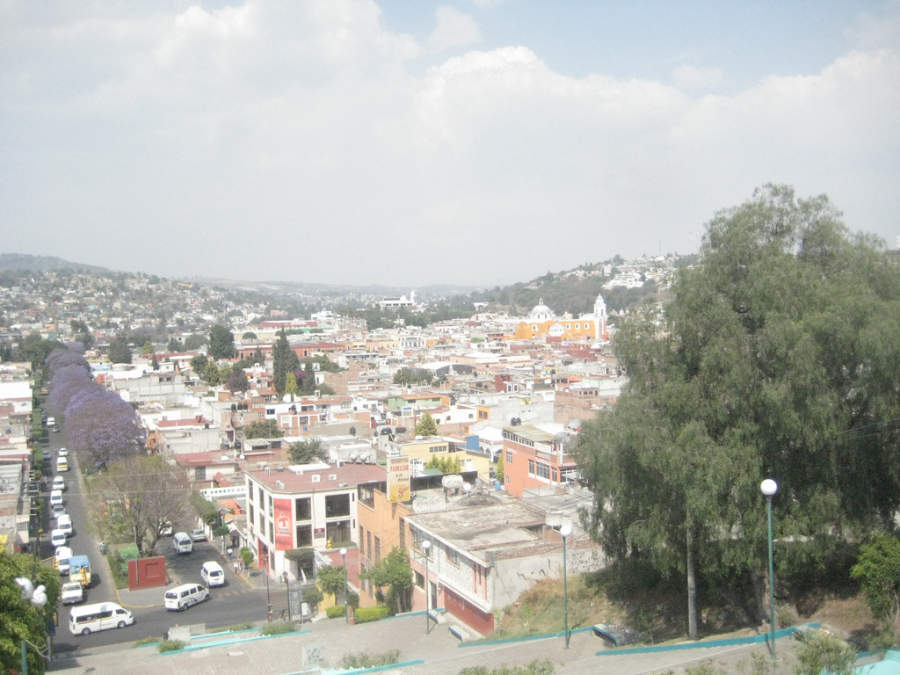 Tlaxcala is located in the central-east region of Mexico, and is the capital of the state of the same name. This destination offers nature, history, culture, and one of the most outrageous cuisines in the country

Salty corn gruel, flavored with other ingredients, and consumed as a soup.

Ant eggs with high nutritional value and a fine flavor.

Sweet made with amaranth seeds and honey.

The gastronomy of Tlaxcala preserves strong pre-Hispanic roots in its flavors and the names of its dishes, what makes it a unique and exotic cuisine

The gastronomy of Tlaxcala has strong pre-Hispanic roots. The Aztec empire and its allies launched an offensive against the Tlaxcala people in 1504. As a result of these wars, the cities and states of Tlaxcala were subjected to an economic blockade, which prevented them from trading with other towns and fell into famine. Seeking to adapt with what they had, they started using products purely from the earth, including insects. They also found the tequesquite, pure mineral salt that is nowadays a key ingredient of many dishes in Tlaxcala, as well as the maguey, the nopal, and wild herbs.

Several regional dishes still preserve their original names in Nahuatl: tlatlapas, a soup made with yellow beans, guajillo chili, and nopal cooked in water with tequesquite; xocoyoles, small stems that grow on the banks of the rivers that have a sour taste when they are raw, and a different flavor when they are cooked, combined with beans and sesame; nopalachitles, hearts of the nopal stalk; huaxmole, beef broth prepared with huajes or huaxquelite (legume); and the chilatole, salted corn atole flavored with other ingredients and consumed as a soup.

Tlatloyos are thick oval corn tortillas, which can be filled with various ingredients such as beans or broad beans; huauzontles, edible plant usually battered, and huitlacoche, edible corn fungus.

Insects are part of the cuisine of Tlaxcala, such as escamoles, the edible larvae of ants with high nutritional value and a very fine flavor, slightly sweet; mesquite worms; the honeypot ants, and lagoon worms, which are roasted with butter or vegetables.

Pulque is an essential drink to accompany all these delights. It consists of an alcoholic beverage made from the fermented sap of the maguey and flovored with fruit, or verde Tlaxcala, a drink similar to the mojito, prepared with mead, vodka, spearmint, and lemon. For those who do not consume alcohol, there is a wide variety of fruit flavored waters and atole made with different ingredients such as the amaranth, dough, blue corn, rice, and the famous sweet chileatole.

The desserts you can find in Tlaxcala include buñuelos, disc shaped fried dough with cottage cheese and honey; muéganos huamantlecos, made from wheat flour, egg, milk, brown sugar, water, and cinnamon; tlaxcales, biscuits prepared with corn dough and sugar; amaranth alegrías, made with amaranth seeds and honey or sugar; and Totolac bread, craft bread baked specially for local festivities.

To taste these dishes, you can visit Fonda del Convento, Los Portales, or El Despeñadero.

The weather in Tlaxcala, Mexico

Tlaxcala has a temperate climate, with rainy summers and dry winters. Temperatures do not vary much throughout the year, there are warm days and cold nights, and an annual mean temperature of 16 °C (61 °F)

The rainy season in Tlaxcala is from May to October. Temperatures reach 28 ºC (82 ºF) during the day and drop down to 10 °C (50 ºF) at night. We suggest bringing a hat, sunglasses, sunscreen, comfortable clothes and shoes to wear during daytime, and a sweater or jacket to wear at night. Include an umbrella or raincoat in your luggage.

The coolest and driest months in the city of Tlaxcala are from November to April. Daytime temperatures do not vary much from the rest of the year, but nights are very cold dropping down to 3 °C (37 ºF) or less, especially between December and February, when there are frosts usually at dawn with temperatures of 0 °C (32 ºF) or less. We recommend packing winter clothes, including a jacket or warm coat, a hat, gloves, a scarf, and earmuffs.

Tlaxcala is the land of corn tortillas, according to the meaning of its name in Nahuatl. Its historic center is the heart of the political and cultural activities, and houses about 124 buildings of historical and architectural value. The most representative places in the area are the Government Palace with entrance arcades of Arab influence; the Baroque Palafoxian-style Parish of San José, which boasts an image of the Virgin of Guadalupe made with seashells; and the Old Juárez Palace with its imperial-style staircase and columns of steel shafts.

You can also visit the Chapel of Saint Nicholas, divided in two parts: the oldest looking at a small park and made of Xalnene stone in the late 16th century; and the most modern nave, which is larger. Other attractions include the Cathedral of Tlaxcala with coffered wood ceiling; the Chapel of Pocito del Agua Santa, where the Virgin of Ocotlán is said to have appeared in 1541; and the Chapel of Real de Indios with two unique stone reliefs with the shield of the House of Austria and the Empire.

There are many interesting things to see in Tlaxcala like The Atempa Aqueduct, a stone building that carried water to a mill; and the Stairway of Heroes with 250 steps, where the busts of the heroes of the Independence and the Mexican Revolution are set. Constitution Square is a meeting point for local people and hosts the Fountain of Santa Cruz, a gift from King IV to the city of Tlaxcala.

Los Portales offer different restaurants serving regional dishes from Tlaxcala and delicious coffee. You can also take a tram tour and see the most emblematic places. The city also has important museums such as the Museum of Arts and Popular Traditions, displaying more than 3,000 pieces made by local craftsmen; the Memorial Museum, which shows how the city has changed over time; the Art Museum housing one of the most valuable collections of Tlaxcala including the early works of the Mexican painter Frida Kahlo, made between 1923 and 1927; and the Puppet National Museum, which exhibits a bright collection of puppets and dolls from the brothers Rosete Aranda, famous puppeteers natives of Huamantla from the 19th century, who placed Mexico in this field of art as a great reference for the whole world.

The city has an extensive infrastructure of services and hotels, and hosts the Tlaxcala Exhibition Center, home to the Fair of Tlaxcala, which takes place in late October and early November and offers a variety of handicrafts, culinary, livestock, and industrial exhibitions, and many cultural and artistic activities.

Ecological and adventure tourism are very popular in Tlaxcala. In the surroundings you can visit archeological sites such as Cacaxtla, with paintings covering some of its walls; enjoy nature at La Malinche National Park, ideal for camping; or visit Huamantla, a town famous for the incredible multicolored rugs made by the local people every year during the month of August.

Other destinations in Tlaxcala