Book an hotel at: Tuxpan,Mexico 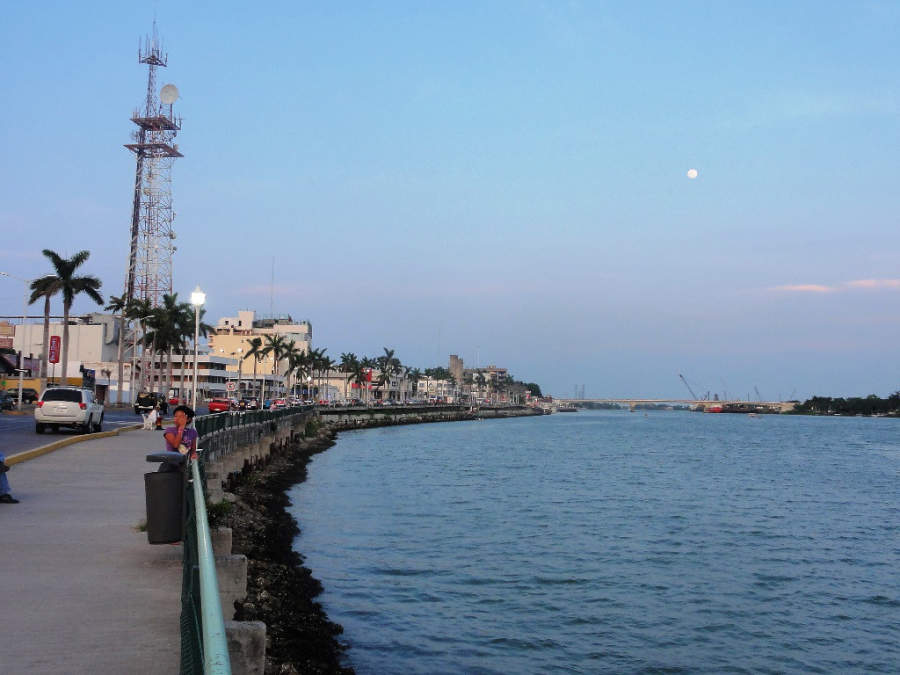 Tuxpan is a port with beautiful sunsets and a flowing river, and features the Tecolutla Beach, the closest to Mexico City

Delicious corn gorditas prepared with lard that can be stuffed with beans or pork crackling.

Tamales with meat or pork crackling wrapped in banana leaf.

Regional dishes include the traditional bocoles, which are gorditas made with corn dough and lard, stuffed with beans or pork crackling; the piques, that are tamales with meat or pork crackling, wrapped in banana leaves; or chamites, a kind of tender corn tamale. Other popular dishes include green banana with pork crackling, enchiladas with pipián, tocón, which is a thick broth with tortilla, shrimp, and epazote; and huataza, very similar to the previous dish but with dough and chili. In this region you qill also find the zacahuil, a giant tamale that can measure up to 5 meters (16 mi) long, and seafood dishes such as crab chilpachole and seafood soup.

The chichimbre is a bread with cinnamon and ginger, and you can delight your palate with fruit sweets. In hot days, you can drink a cachón, a drink prepared with pumpkin, milk, and cinnamon. You can also enjoy traditional drinks as Timbakey, Soni, horchata, and shaved ice with natural fruit at the Reforma Park.

The weather in Tuxpan, Mexico

The climate in Tuxpan is tropical with an average temperature of 25 °C (77 ºF). The rains are usually abundant and accumulate about 1,241 mm (48 inch) of precipitation per year

We recommend using lightweight natural fibers such as cotton or linen, a hat or cap, sunglasses, and sunscreen. You will also need an umbrella or raincoat in the rainy season, and a sweater for cooler evenings between November and March.

Tuxpan, also known as Tuxpan de Rodriguez Cano, is considered the most important city in the zone of the Huasteca Veracruzana and is located in the central coast of the Gulf of Mexico, being one of the most important ports of the country with important roads as the Mexico-Tuxpan Highway. This town is set on the banks of a river of the same name that flows into the Atlantic Ocean and provides a unique landscape, especially at sunset and full moon nights. The Tuxpan River stretches along 42 kilometers (25 mi) and is one of the main attractions that offers water sports including fishing, boating, and water skiing, as well as boating and jet skiing. It is frequented by visitors to watch the sunset from the boardwalk.

Other natural attractions in Tuxpan include the beaches located 11 kilometers (6.6 mi) from downtown, which are accessible by the boulevard that runs along the river; the reefs ideal for diving and the Lobos Island where you can camp; four types of mangroves where you can take boat rides to watch the many species including lizards; and Tampamachoco Lagoon, one of the richest in fish varieties.

Walk along downtown Tuxpan and enjoy the Reforma Park, the main square with a colorful dancing fountain with 240 water jets and a central jet reaching 20 meters (66 ft) high, all lit with multiple colors. In this area you will also see the Municipal Palace, decorated with the mural Allegory of Origins and Culture of Tuxpan by David Celestino; and the Cathedral of Our Lady of the Assumption from 1752. The Lost Boy Alley and his statue is also in downtown, where an annual festival takes place annually.

To learn about the history of the city, you can visit the museums, including the Museum of Friendship Mexico-Cuba, located in the former headquarters of Fidel Castro, where you will know how the Cuban Revolution was planned in Mexico and see photos and objects of that time; and the Regional Anthropology Museum with a collection of over 1,500 pieces of the Huasteca and Totonac cultures.

Visit Tuxpan during the typical festivities, one of them celebrated on August 15 to honor the patron saint of the city, which includes a walk along the river carrying an image of Our Lady of the Assumption, a fair, and a car parade in the Damian Carmona field. Another local tradition from the era of evangelization is the Lost Children's Day on December 7, celebrated with candles lighting the way of Baby Jesus. You can also travel to see the six-day Carnival with events involving the burning of the figure of bad mood, the coronation of the royal court, three days of parades on the boulevard, the burial of Juan Carnaval, and the award. In October, local people celebrate the Huapangueda, where people from different regions of the Huasteca are involved to delight audiences with dances and sounds of huapango.

Once in Tuxpan, you can spend a day visiting the surroundings and the localities of Tamiahua and its lagoon, Temapache and its Plateresque-style stone church dedicated to Santiago Apostle, or Tihuatlán, which has a Redeemer Christ similar to the Brazilian Christ. Also, you will find Teayo Castle and El Tajin archaeological sites, and a pond of cool and clear water known as La Laja in the municipality of Tancoco.