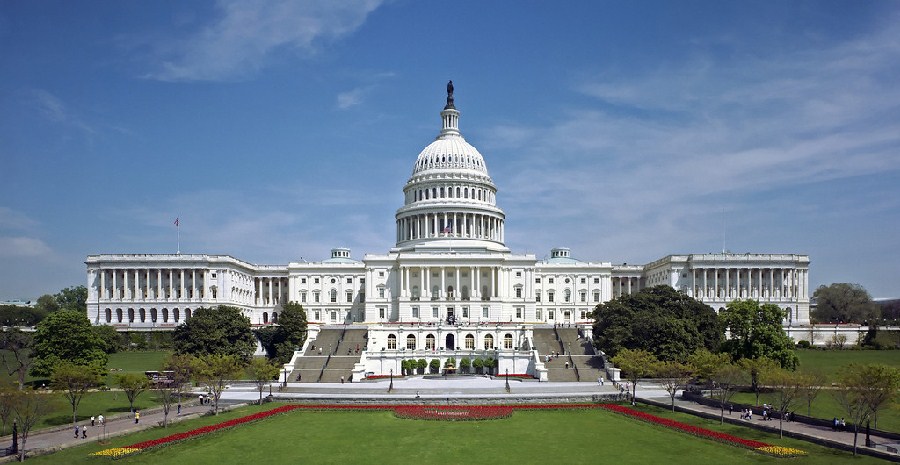 Steak usually cooked on the grill, known for its "T" bone shape. This dish is usually accompanied by vegetables and salad.

Traditional American soup made of beans, celery, and ham. Bacon can be added.

Soup with tomato broth prepared with crab, celery, and spices.

American-style dessert made with cream cheese and fruit on a base of crushed cookies.

Washington, DC features a wide range of gastronomy, where you can find traditional dishes from the American cuisine, seafoof, and haute gourmet cuisine

Washington, DC features a wide culinary variety through great restaurants serving casual and elegant dining. American cuisine is the most predominant, with a variety of dishes made with seafood from Chesapeake Bay. Along the city you can find restaurants serving different specialties for all budgets.

Some of the dishes you can savor to get the essence of this conservative American city are:

T-Bone, a steak with a considerable thickness characterized for its bone in a "T" shape, usually cooked on the grill. It can be accompanied by different garnishes. Due to its versatility, you can find casual or fine dining. Joe's Seafood, Prime Steak and Stone Crab restaurant is specialized in steaks and seafood, being an ideal place to savor a T-Bone.

Senate Bean Soup is a traditional soup whose recipe is believed to be created in the dining room of the United States Senate. The dish consists of white beans, ham and onion, although the original formula is also celery, parsley, and mashed potatoes. You try it at the Capitol Visitors Center or Longworth Cafeteria restaurant.

Maryland soup is a soup prepared with crabmeat in tomato broth with celery and spices. Some places serve this dish with beans, carrots, and potatoes. To enjoy this dish, you can go to the fish market on Maine Avenue, where you can find it in more than one place.

Milkshake, the famous milk shake of traditional flavors as chocolate, strawberry, and vanilla. It consists of ice cream with milk and sugar. You can try it in many establishments, with multiple combinations.

Cheesecake is one of the traditional desserts in the US and consists of cream cheese, fruits, and a biscuit base. For tasting a variety of desserts, as well as hot and cold drinks, visit Baked and Wired, one of the most popular coffee shops in Washington, DC.

Washington DC has a subtropical climate with mild springs and autumns, hot summers, and cold winters. During the warmest days the thermometer can exceed 33 °C (91 °F) and in the coldest days the temperature can drop down to -3 °C (26 °F)

Washington, DC has a humid subtropical climate with distinct seasons. Spring and fall enjoy mild and dry days when the average temperature is 20 °C (68 °F). We recommend packing warm clothing, jeans, pants, and light sweaters. Summers are hot and humid, sometimes the temperature can exceed 33 °C (91 °F) with light rain. If you come by this season, the best option is to pack light cotton clothing and waterproof rainwear. Winters are cold with temperatures ranging from 5 °C (41 °F) and -3 °C (26 °F). Being relatively close to the Atlantic Ocean, the city usually receives moderate winds. Pack warm clothes of fabrics as wool and polyester, useful for this type of weather.

It is important for your consideration that due to the combination of heat and humidity in summer, there can be thunderstorms which sometimes can become tornadoes, although they are not very frequent. In contrast, winter can bring light to moderate snowfall, we recommend packing a pair of shoes suitable for snow.

Washington DC is the capital city of the United States of America, and is located on the banks of the Potomac River, surrounded by the states of Virginia and Maryland. This city takes its name from George Washington, the first President of the United States, and was officially founded in 1791. Nowadays, it offers a rich history, different entertainment places, as well as several national monuments and landmarks, being The White House the most famous of them.

National Mall is home of a large number of places that are very important for the United States because of the historical legacy that they represent, such as Washington Monument, a stunning marble obelisk that stands out in the landscape of Washington DC; the United States Capitol; the Smithsonian Institution, known as The Castle; and the Botanical Garden. In the surroundings of this esplanade, you can find Thomas Jefferson Memorial, Vietnam Veterans Memorial, National World War II Memorial, Lincoln Memorial, Franklin Delano Roosevelt Memorial, Martin Luther King Jr Memorial, and of course, The White House, which has been home of the presidents of the United States since 1800.

Talking about Washington DC is to also mention Georgetown, a historic district where you can see buildings from the 18th century, as well as a variety of restaurants, coffee shops and stores. Another detail that characterizes the capital city of the United States of America, consist of having many and varied museums, such as the Museum of Art, the Museum of Natural History, Madame Tussauds Wax Museum, the International Spy Museum, and the Newseum, dedicated to journalism.

Washington DC is a modern city with tourist infrastructure, which includes hotels, restaurants, art galleries, and bars, but it is also a place with conservative atmosphere since it is home to the three levels of power of United States Government. In addition, the city is relatively small; it has an area of only 177 km² (68.3 mi²), which makes it ideal to explore on foot, although there are other means of transportation, for example, bicycles or even the segways.

Other places in Washington, DC  include the seats of institutions such as the International Monetary Fund, the World Bank, and the Inter-American Bank of Development. In addition, you can visit Theatre John f. Kennedy Center for Performing Arts, the historic Ford's Theater, where Abraham Lincoln was assassinated; and the prestigious universities, Johns Hopkins University, Howard University, and Georgetown.

***The official currency of the United States is the American Dollar (USD).

Other destinations in Distrito de Columbia