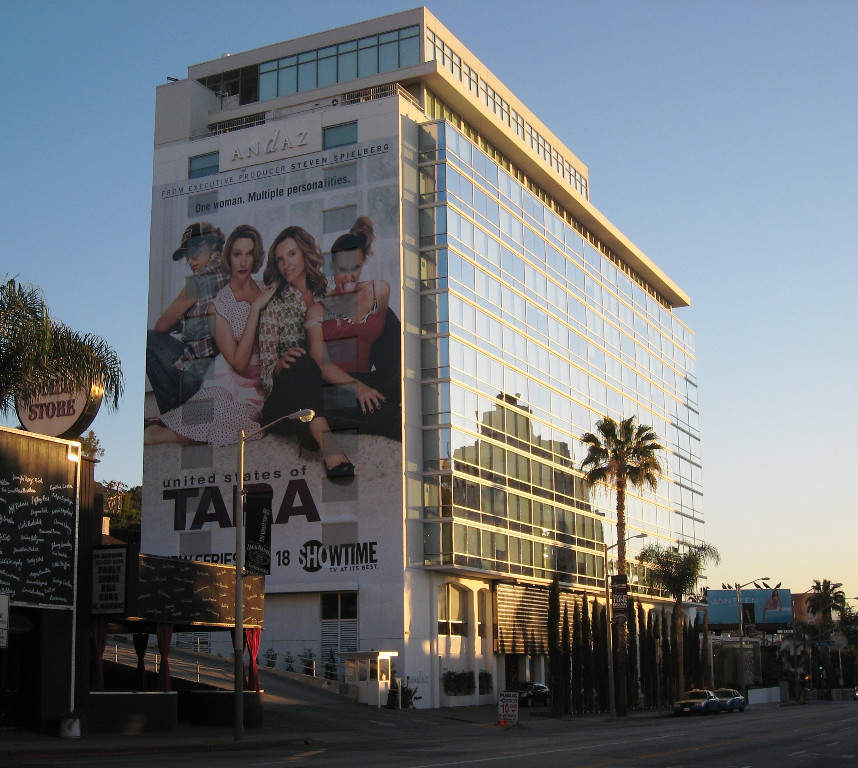 Rock and roll blends with fashion in West Hollywood; art is part of a lifestyle and everyone is free to be different

Food is a paradise in West Hollywood, with famous chefs, celebrity restaurants, coffee shops, and places to enjoy specialties from different parts of the world

In West Hollywood you will find restaurants that serve Mexican, Chinese, Thai, French, Italian, Japanese, Vietnamese, and vegetarian cuisine, among other options. Also, during the Russian Annual Festival you can taste specialties of this nation.

Among the numerous restaurants in the city, you can go to Church Key, an American restaurant that serves interesting dishes prepared using contemporary techniques; Formosa Café, that prepares dishes with an Asian touch; Yellowtail Sunset, with sushi fusion dishes; and Cavatina. Other options include the Al Bacio Italian restaurant, Oliver's Prime with fine cuts, Herringbone with fresh fish, and Kitchen 24, that is open day and night. The city has many establishments with hidden courtyards and gardens, including the Italian restaurants Cecconi's and RivaBella, La Bohème, Dominick's, Laurel Hardware, Eveleigh, enjoying views of Sunset Boulevard, and Lucques, by the chef Suzanne Goin. There are coffee shops with casual atmosphere and internet access, some of the most popular are Café Om, Mocafe, Beach Nation, Dialog Café, Urth Caffe, and Zinque.

For vegetarians, there is Tender Greens is famous for its salads; Food+Lab uses selected ingredients; Mendocino Farms, where dishes are prepared with seasonal products; and Gracias Madre, serving Mexican cuisine. Visit AGO, the Italian trattoria-style restaurant owned by actor Robert De Niro, or The London West Hollywood, whose menu was designed by chef Gordon Ramsay.

Dry season (May to September): rains are scarce or nonexistent and do not exceed 10 mm (0.4 in) of precipitation per month. The temperature averages 20 °C (68 °F), having warm days and cooler nights. The maximum temperature ranges between 21 and 26 °C (70-79 °F), and the average minimum temperature is 16 °C (61 °F). We recommend wearing clothing in light colors that will keep you cool during the day.

Rainy season (October to April): rains tend to be light in October and April, moderate in December and March, and intense in January and February. The average monthly precipitation is 65 mm (2.6 in) and the rainiest month is February, when rains average 133 mm (5.2 in) of precipitation. During this season in West Hollywood, the temperature drops to an average of 16 °C (61 °F), with highs of 24 °C (75 °F) in October, and average lows of 12 °C (54 °F). You should bring an umbrella, clothing made of synthetic fabrics that dry faster, a jacket, and rain boots.

West Hollywood is a small, dense city in California just spanning 4.9 square kilometers (1.89 sq mi). WeHo, as locals affectionately call it, is located west of Hollywood, east of Beverly Hills, and south of the Hollywood Hills neighborhood of Los Angeles.

Having a colorful past, West Hollywood first was the seat of a railroad company and then home of a movie studio, and in the 1920s it became famous for its nightlife. That was when the famous Sunset Strip was born, a stretch of Sunset Boulevard where casinos and nightclubs were established and alcohol was served in the times of the Prohibition in the United States. Sunset Strip has some clubs such as Whiskey a Go Go and The Roxy Theatre, which used to be the venue for rock musicians like Led Zeppelin and The Doors, among others. Currently, the city continues to enjoy a good reputation when it comes to amusement after the sun goes down, with sites such as The Hudson and Surly Goat, which offer craft beer; Lubitsch Bar, Rainbow Bar & Grill, Vipper Room, The Den, to eat until late night, and Kitchen 24, open day and night.

Another avenue with history in West Hollywood is Santa Monica Boulevard, as it was part of the famous Route 66, that was the first fully-paved road in the United States. The surroundings of this boulevard concentrate one of the largest Russian communities in the country and many of popular LGBT bars. Some of these bars include Rage, Revolver, Fiesta Cantina, Mick's, Abbey, and Here Lounge. More than a third of the population in West Hollywood belongs to the LGBT community, thus being one of the most important leisure destinations with a free and progressive spirit, leading the promotion of equal rights in this sector. Here it is possible to marry a same-sex person, and there is daily entertainment aimed at the LGBT community, including shows with drag queens, and a collection of lesbian literature.

Tour the WeHo Design District to discover current trends and enjoy art, fashion, and gastronomy. Here you will find designer boutiques such as Christian Louboutin and Balenciaga, art galleries, beauty and nail salons, and Spas. Go shopping in the stores on Melrose Avenue and the Beverly and Robertson boulevards in this neighborhood; or visit Sunset Plaza on Sunset Strip. West Hollywood has many fitness centers, yoga studios, and numerous beauty salons. Shar Salon & Wellness, Equinox, and Cycle House are some of them, the latter specializes in spinning. The city has a vast range of Spas such as Cure Salon & Spa at the Sunset Tower Hotel, with a Mediterranean-style terrace, and Voda Spa, that blends ancient traditions with modern luxury. You will find a couple of boutiques where you can get a tattoo.

The vast cultural activity in the city can be seen in its many art galleries, theaters, museums, parks, and events. Admire the murals at the West Hollywood Library, works of contemporary art at the MOCA Pacific Design Center Museum, and the sculptures and facilities on display at West Hollywood Park and Santa Monica Boulevard. In addition, you can attend theatrical performances at the Actors Circle Theatre and the Coast Playhouse, and enjoy outdoor plays at Kings Road Park Plummer Park. There are several annual festivals, including the Halloween Carnival that takes place on October 31, when thousands of disguised people walk down Santa Monica Boulevard, on what is one of the largest parades in the world; the Russian Cultural Festival, which aims to learn more about this community through its music, art, and food; and the Sunset Strip Music Festival, that includes concerts and performances on this famous street. You can see other events such as Pride Month in June, and the CSW Pride Festival, where the LGBT community expresses pride of their difference.